In a northern French village (Bailleul), in the region of Flanders, the roar of a motorbike is heard coming down the deserted town’s empty streets. This is Bruno Dumont’s film debut and he takes us to a town that is so cheerless we will never want to put it on our tourist agenda when visiting the beautiful Flemish countryside. Dumont, a former teacher, uses mostly nonprofessional actors. But the problem is that the actors lack pizzazz.

The film’s star is a 20-year-old inarticulate, motorbike riding skinhead, Fred (Douche). His mom is the proprietor of a small cafe and is greeted by a kiss as he arrives. He then goes to his room and has sex with his pretty blonde girlfriend Marie (Marjorie). She works as a cashier in a grocery store and lives for these sexual encounters, but who shows no real enjoyment and even complains that he hurts her.

Appearances don’t lie, the town is boring and Fred is an unhappy young man with fiery glazed eyes and a sullen stare to go along with his epileptic seizures. They seem to come upon him when things are not going right.

The first problem I have is why this title, since there is not one single thing that pertains to the myth of Jesus. I understand the title comes curiously enough from a philologist, Ernest Renan, whose idea was the basis of the script. But this secular film would have been better served with the title “The life of Fred,” it would have been a less pretentious one.

Dumont shot this film almost like a straight documentary, using lots of close-ups on the youngsters, with long stretches of nothing much happening on the screen, cinema verite style, except the annoying sound of motorbikes racing through town. It traces the life and lives of a troubled bunch of youngsters with nothing to do but ride their bikes, play chicken with passing cars, hurl racist slurs at Arabs, and pay no heed to what is happening in the world. They cannot fit into society, and are angry at their state of being. Though it should be pointed out that these are not criminal kids, just the regular garden variety kind of local deviant.

It is a film where nothing happens, but boredom is rampant, where a sentence of dialogue makes us pick up our ears as if something is said that must be heard and we don’t want to miss it. But we soon learn that nothing that is said is meaningful. These youngsters are not likable or approachable, even watching them on film is chilling. They are so unmoving that it is easy for the mind to wander and think what a waste of time it is watching these misfits.

What saddens this group, is that a brother of one of the group dies from AIDS. It shakes them up, seeing someone in this small-town die at such a young age. Fred arranges a day at the beach to console the grieving brother.

This group of boys in their twenties, already on welfare, with a dim future ahead of them have little to smile about. The only one getting a bit of a bang out of life is Freddy, who says he loves Marie and can’t get enough of her.

Into the picture enters a handsome Arab, Kader (Kader), who is insulted by the group’s racial slurs directed at him and his family as he responds with his own brand of stupidity and macho behavior and by aggressively showing a sexual interest in Marie. This gives the group an outlet for their restlessness and violent tendencies. It also underscores the racial tensions in society, where bigotry is an accepted fact of life.

But the group first must embarrass their families by a gang molestation of an obese drum majorette in their town’s marching band, who is cruelly hurt by this attack. The victim tells her farmer father, who makes arrangements with the boys’ families to pay for the damage or he will go to the police.

Fred messes up the one seemingly good thing in his life, and loses his girlfriend over that incident. As a result, the racial slurs grow into violence as Marie takes an interest in the Arab. The hatred and the disappointments in Fred’s life gets out of control and the bitterness that has slowly built-up sinks firmly into his skin. It culminates in the attack on the Arab who in all fairness, acted very stupidly himself bringing on an unneeded escalation of the conflict by his own display of testiness.

In the end there is just a feeling of impotence, that there is a major problem out there in society and there does not seem to be one single answer to solve it. In some respects, these young adults reminded me of those Littleton, Colorado teens who spouted neo-Nazi slogans and massacred a number of high school students as their rage built and no one could see what was happening.

This is the kind of film you might see once and you get all that you possibly can from it, as it is hauntingly told. It would have been more suited to be a documentary than a feature movie.

The film’s main point is that there are just no answers for the violence that happened in this small-town that can make sense, but for society itself to be examined. 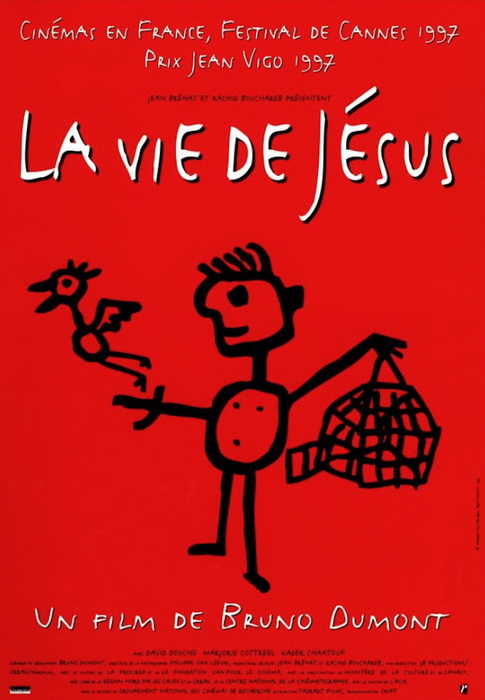