It’s hard to find a sitcom comedy this year that is worse. Robin Williams, of late, has become more of a laughing stock than a comedian, as he’s been in one ghastly film after another (I seem to be only able to hack him when he plays creepy bad dudes, like in “One Hour Photo” or “Insomnia”). Williams plays the Reverend Frank, the monstrous overbearing Chicago minister who has a young couple (Mandy Moore and John Krasinski) take a three-week “marriage preparation course” they must pass before he marries them. The course is made up of insulting situations he puts them through to see if they have the right stuff to be married (taking care of robot babies, a word-association game with the in-laws and a test where Mandy must drive-while-blindfolded while John directs her from the back seat). The minister requires no premarital sex. To check on this, the minister bugs the room of the live-in couple and puts them under surveillance. If this was supposed to be funny or have some emotional meaning, it eluded me. In the end, we are supposed to be led to believe that the minister’s interference was a good thing because it brought the couple closer together. But before he was involved, the couple seemed just fine. Therefore it seemed bonkers to give him credit for getting them hitched and having only their interest in mind when he put them through such a ridiculous course and nearly had them split; he seemed to be the only obstacle holding them back in the first place. The only funny thing about the film was in how incredibly stupid it was.

Ken Kwapis (“The Sisterhood of the Traveling Pants”/”The Office”) slickly directs this lame script handed in by a team of writers who never got to first base with this silly premise. It’s the kind of pic where I wished I walked out of the theater with a paper bag over my head. 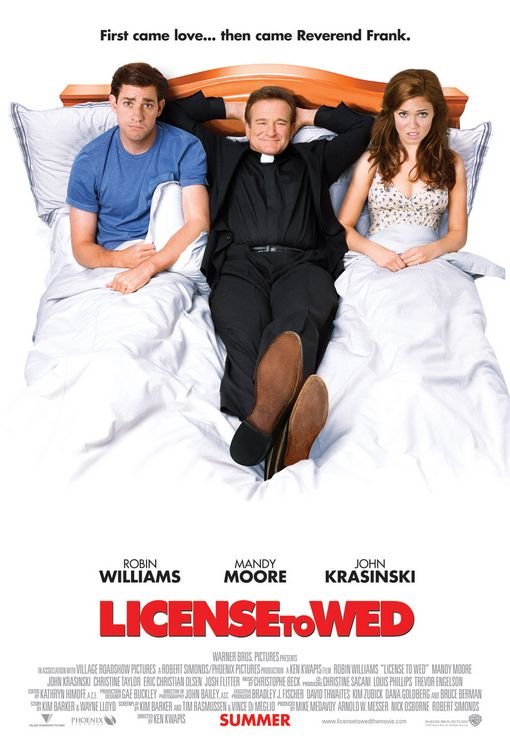