The 44-year-old Canadian filmmaker Jean-Claude Lauzon (“Night Zoo”) died in a plane crash while piloting his small Cessna in 1997. He was working on his third film to follow the crowd-pleasing Leolo. The bizarre Leolo, about a boy saved from his miserable but eccentric and colorful family by his dreams, was nominated for a Golden Palm at the Cannes Film Festival. The semiautobiographical and self-indulgent tragi-comic film is an outrageous tale bolstered by regaling the power of the imagination that helps an incorrigible misfit escape a dreary and unfulfilling life in the slum with a family of certifiable fruitcakes.

The protagonist is a cheeky French-Canadian boy of 12 named Leo Lauzon (Maxime Collin), who dwells in the dreary Mile End section of Montreal sometime in the 1960’s and comes from a family where all the members have issues with their sanity. The kid is determined to be something he’s not. He believes that his overweight mom (Ginette Reno) was impregnated by an Italian tomato and therefore wants everybody to call him Leolo Lozone, since he thinks of himself as really a romantic Sicilian and that he thinks his French-Canadian father is not his real dad. That Leo sticks with that absurd story through thick and thin gives his bizarre fantasies, which he writes down in a journal and later discards in the rubbish, some weight. Especially when what he’s up to is relayed to us by a serious toned narrator (Gilbert Sicotte). Leo’s dad (Roland Blouin) is an inarticulate burly laborer who believes having good bowel movements is the source of good health and makes sure he sees the kid’s bowel movements before it’s flushed. His 14-year-old brother Fernand (Yves Montmarquette) is a lovable dummy, who quits school in the 5th grade to work in a glass factory and who bulks up and pumps iron to overcome his fear of a local bully (Lorne Brass). Leo’s two sisters are demented, and one of them, Rita (Geneviève Samson), is the first member of the family we see hospitalized over a mental breakdown. Someone identified only as the “Word Tamer” (Pierre Bourgault), an elderly gray-haired book lover who spends his time scavenging through the city’s garbage for letters and photos, finds every day pages from Leolo’s lyrical journal in the garbage and is so impressed with them that he tries to indirectly help the boy find a proper channel for his writing but fails to do so before the kid finally succumbs to the family’s inherited insanity that was passed down by the bad genes from his daffy grandfather (Julien Guiomar).

Before going over the deep end, Leo does all of the following: he imagines himself having sex with his sexy teenage neighbor Bianca (Giuditta Del Vecchio); unsuccessfully tries in an elaborate scheme to kill his grandfather because he’s jealous that Bianca gives him baths and that his grandfather once tried to drown him for splashing him while he was in a child’s wading pool; attends a chilling peer gathering where there’s some perverse unmentionable dealings with a frightened kitty that should properly alarm animal lovers; and he goes diving with a deep-sea mask into a polluted river for thrown away junk articles that Fernand sells to friends.

It makes for a dubious coming-of-age film, since Leo never gets over what is bothering him and his story is told in a belligerent ‘fuck-you Mac’ style that intends to take no prisoners, as Lauzon completely identifies with the crazy uneducated family over the cold world and has a shiv out to stick into the indifferent public school teachers, the bullies and those who are so dead that they have no room in their hearts for dreamers.

It pushes boundaries for its questionable scatological way it tries to make a sound case for art’s transcendent power. This quirky way of filming worked for me, as I was able to get by its lapses, bleak wit and revolting moments and take comfort in its beautiful poignant moments that caught the big picture in a strikingly fresh way. 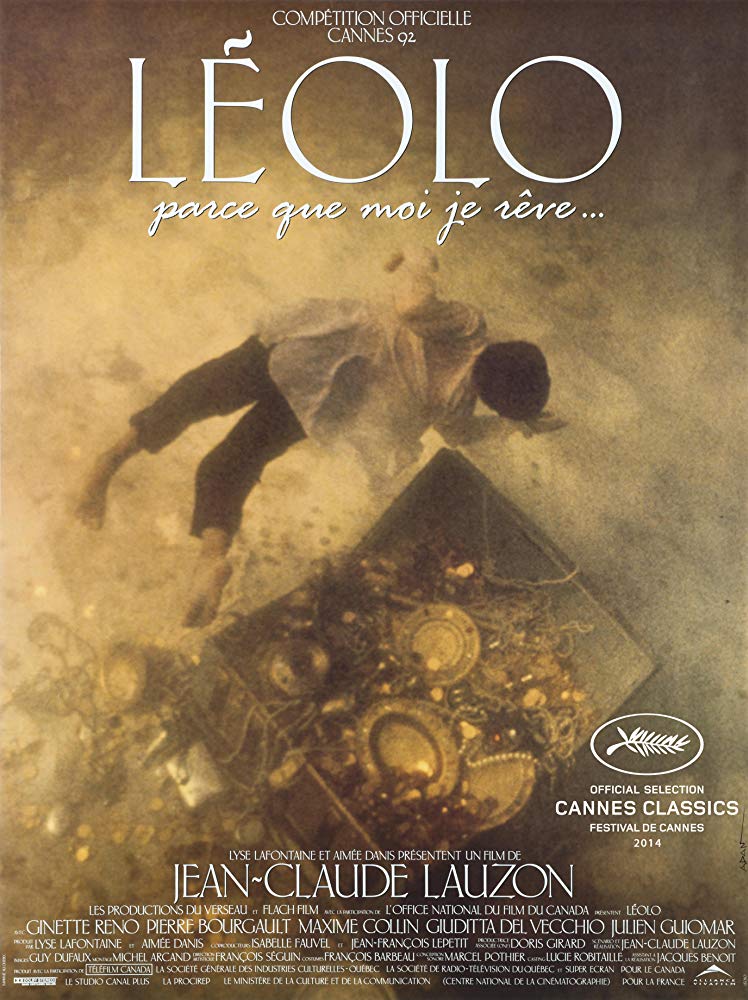