LEMORA: A CHILD’S TALE OF THE SUPERNATURAL (aka: LEMORA, LADY DRACULA)

“A haunting and intelligently accomplished work.“

UCLA grads Richard Blackburn and Robert Fern team up to make their first and only film a special one. Blackburn directs, cowrites and stars; his amigo Fern cowrites and produces.The shoestring budgeted horror pic is an unjustly ignored film that deserves some nibbles from viewers who crave a Freudian-like sly look at so-called childhood innocence being dissected and those willing to see a compromised film that mixes art and exploitation to look at how children view the supernatural. The bizarre ambitious dream odyssey story line keeps things strangely ambiguous, as it plays up childhood fears in a world of untrustworthy adults and like Laughton’s Night of the Hunter is a haunting and intelligently accomplished work. It’s a weird cult classic, banned for some twenty years by the Catholic Film Board (like there’s no dark side to their priesthood!), that adds its hearty bloodied lyrical voice to the modern-day vampire flicks that choose to see things from the child’s POV.

A bank robber (William Whitton) kills his unfaithful wife and her lover. He escapes the law, but is captured by a mysterious cult group in a nearby abandoned town called Asteroth and is turned into a grotesque-looking vampire by the cult group’s matriarchal leader, Lemora (Lesley Gilb, her only film role). The killer’s estranged sweet 13-year-old daughter, Lila Lee (Cheryl ‘Rainbeaux’ Smith), lives with the local Baptist reverend (Richard Blackburn), the lecherous hypocrite, in the Depression-era South. The sermonizing about Good and Evil religious leader becomes her guardian and promotes her in his church to counter any malicious gossip about her being no good because she’s the daughter of a gangster and declares that she’s an angel despite being raised by a devil, and he takes pleasure to advertise in front of the church that she sings so angel-like in the choir.

After three years go by Lila receives a letter from Lemora, who calls herself a fellow Christian. Lemora says her dad is dying and asked to see her so that she can forgive him. Told not to tell anyone where she’s going, the good-hearted Lila sneaks out at night from the reverend’s house and embarks on a frightening bus ride to take an adventure on the dark side. At the creepy mansion run by the black-clad Lemora, the girl encounters the terrifying “woods people” and a group of lost crazed orphan children raised by Lemora as the undead and a witch-like elderly cackling servant (Maxine Ballantyne). Seduced with baths and drink by the motherly Lemora, who ironically is more a mother to her than her real one, the innocent girl is lured into discovering her sexuality.

In great danger as she’s trapped in the mansion by the crafty vampire, Lila soon realizes she must escape Lemora’s clutches or suffer the fate of the undead.

It’s a B-film with visuals not up to par with the slicker made modern genre pics and not as luminously photographed as those classic German Expressionist films like The Cabinet of Dr. Caligari (blame it on the limited budget), but it has the intelligence of a Val Lewton horror pic and it sets an eerie gothic atmosphere and not even a great early classic horror pic like Dreyer’s “Vampyr” has more going for it on the psychological and sexual fronts. 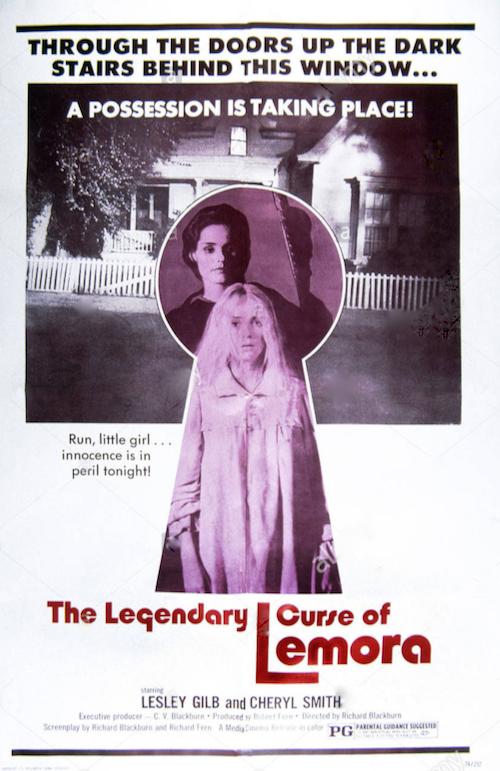