In this sport-themed throwback film that goes back to the Roaring Twenties in both pro football and cinema, director and star George Clooney (“Good Night, and Good Luck”/”Confessions of a Dangerous Mind”) takes on the tough medium of screwball comedy (a genre that is always hard to film even though when done right looks so effortless) and loses by a few touchdowns. The pleasant, well-photographed in mostly sepia colors and nostalgic romantic comedy never gets past its flat story and stiff execution, though Clooney, armed with his old-fashioned good looks, does his part in reviving a Cary Grant type of charm and tries to give the film a breezy casual feel. But the screenplay by Sports Illustrated writers Duncan Brantley and Rick Reilly doesn’t fill in the right X’s and O’s and under Clooney, the director, the film fails to get rolling with the high spirits such mischievous ventures surely demand.

It’s 1925 and pro football was in its infancy and struggling to survive, and was played for fun and without rules by thuggish guys in leather helmets who worked day labor jobs and loved to brawl in pubs at night; meanwhile college football was king, and drew the public’s accolades and big crowds. Dodge Connelly (George Clooney) is the aging captain and star quarterback of the motley Duluth Bulldogs, located in Minnesota, who are about to go under when they lose their sponsor. Never having held an honest job and with no other skills but football, the cunning Dodge maneuvers a deal to save the team by offering the unheard of huge sum of $5,000 a game to popular war hero, national icon, advertising giant and the great star football player from Princeton, Carter “The Bullet” Rutherford (John Krasinski), to turn pro and play for Duluth. Dodge arranges the deal with the kid’s oily manager, C.C. Frazier (Jonathan Pryce). The hitch comes when the Chicago Trib’s ace reporter, Lexie Littleton (Renee Zellweger), receives a tip from a soldier (Max Casella) who was with Carter in the Argonne that the hero was no Sergeant York as legend has it and didn’t single-handedly get an entire platoon of Germans to surrender. Under false pretenses of writing a good PR piece on the all-American Carter, Lexie covers the football games and woos him in order to get him to reveal secret insights about his war experience. In the process, a love triangle develops, all verbal digs, between the 31-year-old reporter, the 23-year-old war hero and the fortyish football player.

What the modest and eager to please film lacks is funny slapstick, a breakneck tempo and a snappy repartee. What it should be penalized for is a badly miscast and unappealing Zellweger and a dated story that lacks clout and pep. 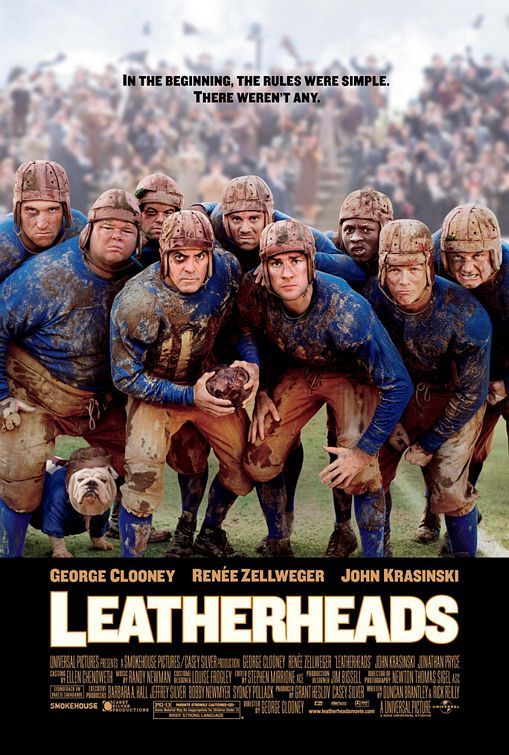