“Sterile and packs no punch.”

Mervyn Leroy (“The FBI Story”/”Gypsy”) directs this stylish MGM romantic musical comedy as if he was sleepwalking through it. It’s sterile and packs no punch. Isobel Lennart, the writer of Funny Girl, delivers a frothy script that is bland and inane, her wealthy characters are insufferable bores. The film lacks any real passion or purpose. But the production is lush and the sets are delicious as eye-candy, and furthermore there’s lively dancing to a Latin beat.

The wealthy, beautiful blonde, New York business woman, Nora Taylor (Lana Turner), worth $37 million, has inherited dad’s Texas oil money and is running a big corporation. Her big problem is she doesn’t know if she should marry the wealthy, assertive, New York shipping magnate, Paul Chevron (John Lund), worth $48 million, who inherited the business from his father. Both parties are similar types and seem to be in love, but each sees a shrink for advice on dealing with a marriage proposal. Her shrink (Eduard Franz) tells her to let Paul pop the question and accept, while his shrink (Beulah Bondi) tells him not to rush her decision and give her time to make up her mind.

When Paul goes to Brazil for three weeks to buy a horse to ride for his polo team, Nora secretly flies to Brazil when told by a Brazilian stranger the air in Brazil is made for romance. She travels with her secretary, Anne (Jean Hagen), and gets a hotel room on the same floor as Paul. The two go together to the horse ranch, and the handsome and rich ranch owner, though not in her wealth status and who speaks no English, Roberto Santos (Ricardo Montalban, replacing Fernando Lamas –Lana’s former boyfriend who beat her in a jealous rage), surprisingly kisses her in the stable when she goes to look at the horse Paul picked.

She then hires the nerdy Howard G. Hubbell (Archer MacDonald), from the American Embassy, to teach her a smattering of Portuguese so she can talk to the rancher. Her shrink advises her to do as she feels. Before you can scratch your head in wonderment, Nora tells Paul she’s gonna marry the rancher.

When she tells Roberto about her money, she grows wary of how delighted he is about it and schemes a way to test his love for her by telling him she intends to give away all her money. When Roberto questions this decision,  Nora drops him as if he were hot beans. When Paul follows through on what’s inside his DNA and aggressively asks Nora to marry him at once, she realizes she doesn’t love him but Anne does. And Anne receives her blessing to go nail the eligible bachelor. If you’re dizzy by now from this absurd story, you should be. After Nora accepts Roberto’s wedding proposal, she then decides to give him all her money. None of this makes much sense or shows that anyone has found love, but this is Hollywood’s idea of an escapist film that requires no thought but plenty of popcorn.

There’s plenty of samba music and the songs include: “Night and You,” “Carlotta, You Gotta Be Mine,” “A Little More of Your Amor,” “Come to My Arms,” “I Had to Kiss You.” 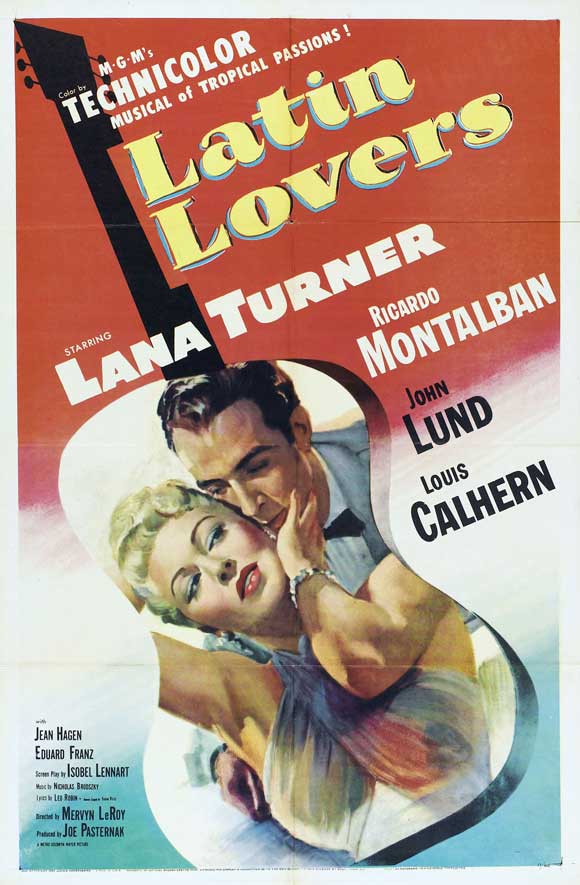