THE LAST PERFORMANCE (aka: ERIK THE GREAT) (aka: THE TWELVE SWORDS)

“The familiar story of jealousy and revenge is helped by a great Veidt performance.”

Hungarian-born Paul Fejos (“Sentence of the Lake”/”Millions in Flight”/”The Golden Smile”) worked briefly in the late 1920s in Hollywood, but in 1931 fled to Europe to make films saying “I found Hollywood phony.”The story of a crazed vengeful magician was adapted from aJames Ashmore Creelman storybyCreelman, Tom Reed and Walter Anthony.

In 1929, in Prague, the middle-aged world renown touring magician and hypnotist, Erik the Great (Conrad Veidt), is set to marry his 20 years his junior assistant Julie (Mary Philbin) when they go on their American tour in two weeks. In Paris, Erik catches a starving vagrant, Mark Royce ( Fred Mackaye), stealing food from his hotel room. Julie suggests he hires him as an assistant to Buffo (Leslie Fenton), another assistant, who is in love with Julie and jealous of Erik. At the eighteenth birthday party for Julie, Erik plans to announce his engagement but learns from Buffo that Mark and Julie are in love and are caught embracing in the garden. Erik thereby gives a toast announcing the engagement of Mark and Julie. During the American premiere, Erik rigs his sword trick so that Buffo is killed and Mark is framed for the murder-on-stage. During the trial, Erik realizes that Julie loves Mark and only considers him a trusted friend, and thereby confesses and kills himself with a dagger.

The familiar story of jealousy and revenge is helped by a great Veidt performance and a well-crafted film. 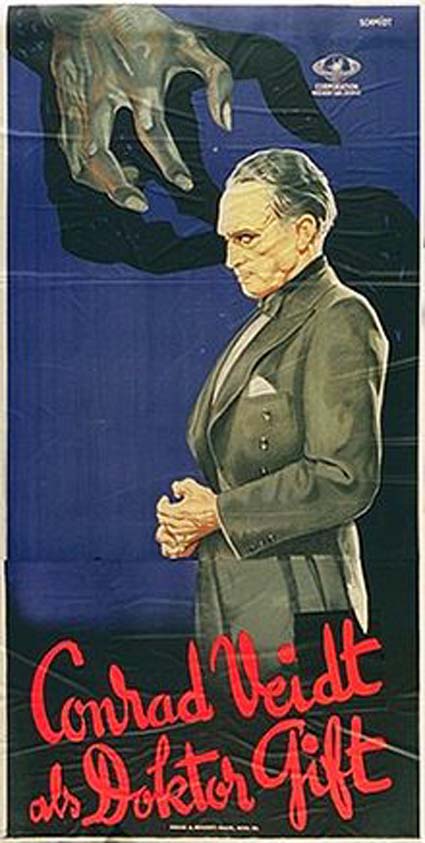