LAST KING OF SCOTLAND, THE

Kevin Macdonald’s (“Touching the Void”/”One Day in September”) gritty film based on the 1998 novel by Giles Foden and written by Jeremy Brock, Peter Morgan and Joe Penhall tells the woeful tale of General Idi Amin’s take-over of Uganda after a victorious coup against the corrupt and murderous leftist President Milton Obote. After a promising start, Amin turned into a brutal despot responsible for maybe killing as many as 300 hundred thousand Ugandans before he was forced to flee to Libya in 1979. The 80-year-old Muslim Amin died in obscurity in Saudi Arabia in 2002. His reign of terror is seen through the innocent but foolish eyes of the fictional (a composite of many white advisers to Amin) young Dr. Nicholas Garrigan (James McAvoy), who graduated medical school in 1970 and chose to escape from his overbearing bourgeois doctor father for an adventure in some exotic foreign country. Though a serious side to Nicholas is eventually uncovered, he’s viewed by the black leader as a feckless white boy who wants to play games with the natives before returning to his native country.

Just when Nicholas arrives in the rural small mission clinic to serve the locals with the saintly Dr. David Merrit (Adam Kotz) and his sexy blonde do-gooder wife Sarah (Gillian Anderson), he treats the new Ugandan leader for a minor hand injury after he holds a colorful rally with the cheering natives of the village and pledges a better Uganda because he knows the people because he’s one of them–having himself risen from an impoverished childhood. When the charismatic leader learns Nicholas is Scottish and not a Brit, he warms up to him and tells of his affection for the Scots since his days in the British army. Amin has even named two of his brood Campbell and Mackenzie, and easily recruits the gullible and wide-eyed Nicholas to become his personal physician by playing to their common discontent of England. It’s a job that comes with perks such as a fancy pad in the president’s Kampala compound, a Mercedes and the power given to a trusted adviser for the strongman. The young Doc, like the natives, is at first charmed by the larger-than-life figure and falls under his sway, but soon realizes he’s a fool to believe that he’s doing good here. After turning down an offer by a cunning two-faced British diplomat (Simon McBurney) to be a spy, Nicholas is overwhelmed by a series of nightmarish events as he learns of Amin’s death squads as he unwittingly causes the disappearance of a number of dissidents. Things turn quickly downhill for Amin when he kicks out all the Asians, those who lived there for generations and had the ability to run the infra-structure of the country. In the meantime Nicholas knocks up Amin’s third wife Kay (Kerry Washington), and when he fails to abort the pregnancy she’s uncovered and butchered. On the eve of negotiating with the Israelis over a plane hijacked by the Palestinians and allowed to land in Uganda, the doctor is tortured by Amin but escapes through the courage of a native doctor (David Oyelowo) who asks only that Nicholas tell the world what kind of madman rules Uganda. The doctor states that the West will only believe a white man.

Amin is a paranoid who also suffers from an identity crisis as he proclaims himself the father of Uganda and also fancies himself the last king of Scotland, as he oddly stages bagpipe concerts in the jungles of Africa. What comes out of this thriller filmed as a docudrama, is how bigoted, arrogant and ignorant the West is in their attitude toward Africa and how the West flirts with dictators they think they can control. Though there were some awkward moments in the storytelling, that’s overcome by the powerful Academy Award caliber performance by Whitaker that humanizes one of the truly awful monsters of the last century (who took the Scotsman, his people and the world for a ride through his bluster, menace, disarming buffoonish demeanor and fetching common man appeal), the very good one by McAvoy as the second fiddle in the story who convincingly shows how he at last developed a conscience and changed his tune and, last but not least, the filmmaker’s political savvy in showing how the West feels comfortable courting tin-horn despots in third world countries and pursues them even after it’s repeatedly shown how in the end the natives always get screwed. If anything, the film strongly condemns not only the despots but the countries and advisers that help them stay in power. 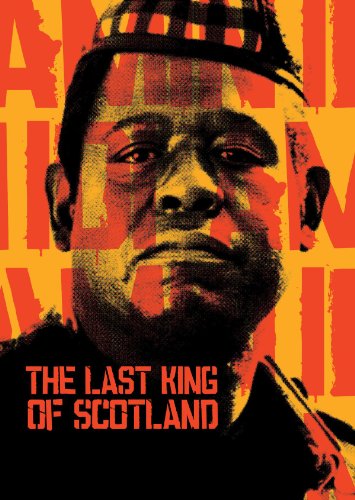