When Howard Hawks had a dispute with the studio bosses, he was replaced as director by William Dieterle (“Fog Over Frisco”/”Juarez”/”Portrait of Jennie”). This was the German born Dieterle’s debut in directing an American film. Dieterle acted for Murnau in the 20s. It’s a rarely seen gem, one that’s based on the novel Single Lady by John Monk Saunders. He also wrote the screenplay. It’s a poignant study on the cynicism of the Lost Generation living as expatriates in the Paris of the 20s, something Hemingway captured in The Sun Also Rises.

In 1919, after World War I, four American ace pilots– Cary Lockwood (Richard Barthelmess), Shep Lambert (David Manners), Bill Talbot (John Mack Brown) and Francis (Elliott Nugent)–are damaged goods suffering from battle wounds and shell shock. Rather than return home as emotional cripples, the foursome stick together in Paris leading an aimless drunken existence in hopes of learning how to laugh and play again and to see if they can calm their shattered nerves before returning home.

One night the boys while making the rounds of the usual Paris nightclubs, meet Nikki (Helen Chandler). She’s a wealthy aimless neurotic American, who can’t help acting daffy and speaking out of turn. The boys are cheered up by her goofiness and adopt her as their mascot, and spend the night in her hotel room to laugh and drink–but are too emotionally spent to think of sex. The next morning she tags along with Cary, who burned both hands severely when heroically crash-landing his plane and has become very sensitive about broaching that subject. Cary takes Nikki to the famous Père Lachaise Cemetery in Paris where some of the great figures of history are buried such as Balzac, and where the famous lovers Heloise and Abelard were buried. Cary is touched by the romance of the doomed lovers and is taken aback when all Nikki can say about their tragic love story is she now has found names for her two turtles.

Unable to stand being near Nikki anymore, the brittle Cary bolts by himself for Portugal by train. Not wanting Cary to leave them, the boys and Nikki hop on the same train and join him on his trip to Lisbon. Also along is a sleazy American foreign correspondent for a New York paper, Frink (Walter Byron), who looks down his nose at the emotionally crippled boys and tries to make a play for the attractive Nikki.

In Lisbon, things unravel for the boys, who feel unwanted because they are no longer needed in peacetime and have a hard time adjusting to being disposable goods. First a drunken Bill gets gored to death after impulsively jumping into the bullring to confront a raging bull; then at a carnival shooting gallery tempers flare out of hand as a flustered Frink threatens to shoot Cary because he was stopped by him of making an unwelcome pass at Nikki. But Frink fatally wounds Shep by accident, and in turn is shot dead by Francis. With that Francis disappears, and Nikki and Cary are left alone. With his supportive comrades all out of the picture, Nikki asks Cary to stay with her and they both finally express their love for each other–an emotion they weren’t capable of expressing just a short time ago.

The visuals are excellent, and the film is fast moving and has a great snappy banter. It suffers from none of the awkwardness many of the early talkie films had, and is easily the best pic Dieterle ever shot (he only went on to a so-so career as a studio director). Also, the performance by Helen Chandler was pitch perfect brilliant. It’s a film that has flown under the radar, but is worth seeking out. 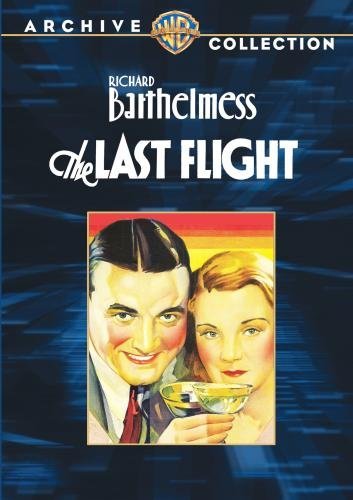