A minimal story that is too thin for a feature film. It is about urban deterioration and alienation in Taiwan as seen just seven days before 2000 and leading up to the ‘new millennium.’ A boyish appearing young man (Lee Kang-Sheng) who runs a vegetable market and is dressed most of the time in his underwear, lives in a dingy building that has bad plumbing with lots of leaks. He lives above the nameless woman (Yang Kuei-Mei), who is upset that there is a hole in her ceiling. It is one that a plumber made and never returned to repair. The upstairs neighbor now looks down at her as she prances around in her black slip and he leeringly watches as her discomfort grows as conditions worsen. We even get to watch her pee while she’s on the cell phone. The hole will become their means of getting to know each other, for better or worse, as he comically tries to communicate with her by placing a black umbrella in the hole.

A radio report mentions that the city water is contaminated and the water supply will be cut off by the end of the week in the quarantined sections. There’s also a citywide garbage strike and a constant downpour outside. To make matters even worst, there is a deadly Taiwan virus going around caused by the cockroach. The viral infection makes one act like a bug, crawling on all fours and so on, as the victim first shows flu-like symptoms. These two tenants are living in the quarantined part of the city because of the virus emergency and their only solace might be that they have gotten to know each other, an opportunity afforded by the hole removing any physical barriers between them.

At the 1998 Cannes Film Festival, this Taiwanese-French drama won a Fipresci Award given by international critics. What I liked best about it were the half dozen musical numbers sung by Grace Chang, as the two tenants lip-synch and dance along to the tunes. The film would be interrupted by the fantasy scenes, where the dressed-up protagonists would go into their lively cabaret-like song and dance routine. Some of the lively songs to counter the non-action scenes were: ‘Oh Calypso,’ ‘Go away don’t come back,’ ‘I want you to-what I want is your love,’ ‘Gesundheit,’ and ‘I don’t care who you are.’

This film was initiated as part of the French TV series of one-hour end-of-millennium dramas. Its appeal will probably be most appreciated by the music lovers of those old Hong Kong films (Grace Chang was a popular singer in the China of the 1950s) and those admirers of French directors Rivette and Demy, whose musicals are also followed by strange stories and a dead-pan humor. It also should appeal to those who want to see the unusual, and their reward might be that this is a film that makes them think they have something to think about. For me, nothing much happened. The only optimism to be found anywhere in this bleak tale is that the unnamed woman reaches out at the end with a sign that she might be ready to communicate. Though the Kafka-like idea for the film was intriguing, it needed more of a story and protagonists with more personality in order for it to feel more alive. 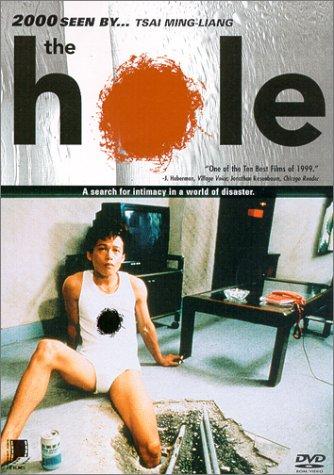