“The melodramatic final act leaves us with contrived plot revelations.”

A found-footage story of a long-distance friendship that’s a product of our lockdown with COVID-19. It’s shot on Zoom.

It’s magical but slight, as written, directed and starring Natalie Morales(“Plan B”). The drama/comedy is divided into chapters on language study, each one with a bilingual title such as (“Immersion,” “Comprehension”).

The gay, middle-aged Adam (Mark Duplass, co-writer) lives in luxury in a mansion in Oakland Hills. His rich husband, Will (Desean Terry), seen only in photographs, gives him as a birthday present Spanish lessons from long-distance by Costa Rica-based Spanish tutor Cariño (Morales). Adam already speaks Spanish from his youth, but needs a brush-up.

In contrast, the Spanish tutor is poor and lives in humble surroundings, and is pleased to receive $1,000 for 100 lessons.

What follows is a series of webcam chats, that is the start of an encouraging platonic romance. Though the set-up with lap tops is an awkward one, the two characters pull it it off moderately-well because of their charisma.

After going cute, it suddenly takes a serious turn when layers of their real life comes through the Zoom and they reach out to console each other when tragedy strikes Adam and bad things happen to her that she doesn’t want to reveal. Though when things sadden the film becomes less convincing even if still believable.

Adam goes on a guilty-trip, as the exchanges between the opposites reveal wide differences in class and culture. The melodramatic final act leaves us with contrived plot revelations. As the film seemed to be working fine as just a two-character study with a minimal story-line. All the added melodrama seemed to me more like a distraction than a help. 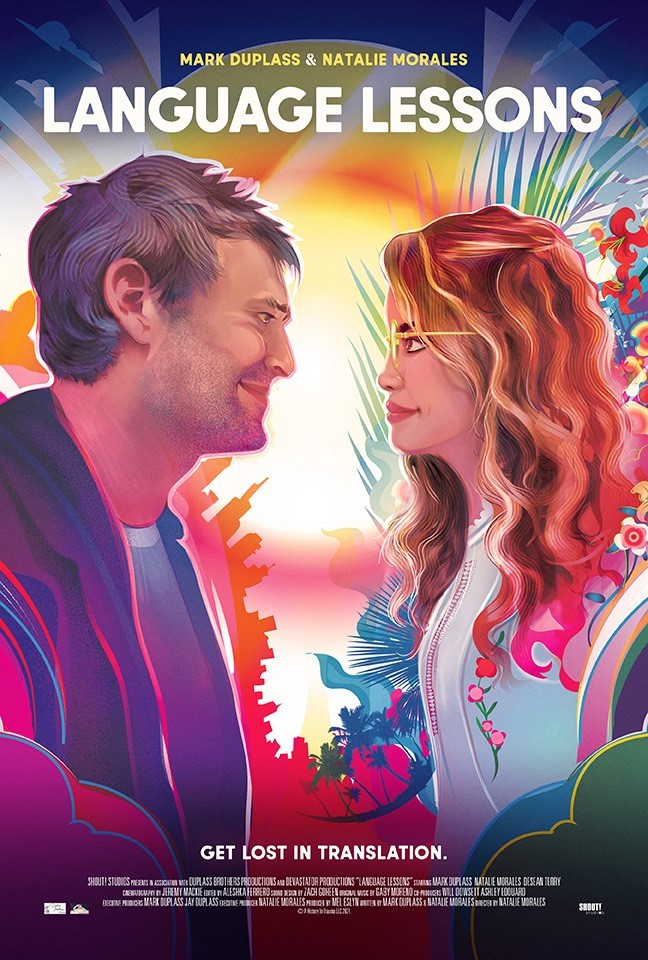