San Francisco born and raised writer-director Peter Bratt (“Follow Me Home”) has his charismatic brother Benjamin star as the macho Che Rivera. He’s a Mexican-American, widowed, middle-aged San Francisco bus driver, who lives in the Mission District where he raises his smart, good citizen, high school senior son Jesse (Jeremy Ray Valdez)–the love of his life.Che is an ex-con, a recovering alcoholic belonging to Alcoholics Anonymous, and a heavily tattooed character who takes pride in his tough-guy image.He takes no shit from local toughs, and in his spare time loves to box, tinker with his customized classic cars, go on low-ride cruises with his homeys on Friday nights and play in pick-up basketball games with his cronies.

Old-school Che is crushed when he discovers through photos his son has been living a secret life as a gay, hanging out in the Castro gay clubs and running around with a white boyfriend(Max Rosenak). Going violent and bullying his son to give up being gay or be disowned, Che gets on everyone’s nerves as he makes life unbearable for the kid. Che’s homophobia upsets his new love interest Lena (Erika Alexander). She’s the sharp-tongued single New Age black woman who is his new upstairs neighbor as a result of gentrification, and Lena acts as the pic’s voice of reason.

Predictably we follow Che’s rocky road to redemption, as the arc of the story follows him as he’s forced to re-evaluate his life beliefs and again become a caring father to his UCLA-bound son before it’s too late.

Conventionally shot on location by cinematographer Hiro Narita, it tries to capture the Chicano flavor of the unique neighborhood and how its changed in some ways but is still resistant to deeper changes. What it doesn’t capture in its earnest but weak TV-like script, is how to get with the modern times. Instead it gives us a well-meaning but limited look at the coming out of a young gay man, something that might have made some noise a few decades ago but not today.Everything about the film, from its stereotype version of the community to the transformation of its bigot macho protagonist, has a false ring. 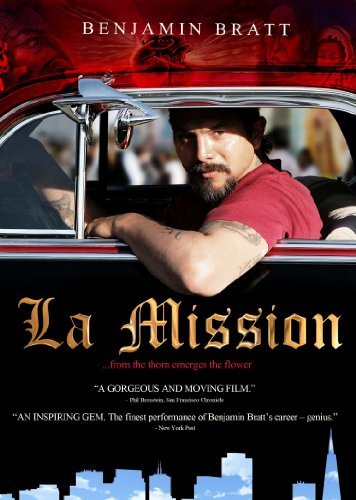