LAMBORGHINI (LAMBORGHINI: THE MAN BEHIND THE LEGEND)

“This biopic is a lemon.”

The shallow film on a luxury magnate stalls. It’s directed and written by Bobby Moresco (“10th and Wolf”/”Bent”), who wrote in 2004 Paul Haggis’ Crash–the Oscar winner for Best Picture. But Moresco has done nothing since that is noteworthy. This biopic  is a lemon, as it doesn’t work as we learn little if anything about Lamborghini that means much.

The Lamborghini film tells about the personal and career life of the Italian manufacturer of one of the world’s top-rated luxury cars, Ferruccio Lamborghini (Frank Grillo), whose father (Fortunato Cerlino) was a farmer.

The conventional biopic is divided into two parts, with the first part telling how the young Ferruccio (Romano Reggiani) after returning to the family farm at the end WW2 marries his hometown sweetheart Clelia (Hannah van der Westhuysen) and builds an innovative tractor company with his pal Matteo (Matteo Leioni) from scratch. But his marriage flounders because he’s a workaholic and neglects his wife. The second part follows Lamborghini as an adult, as played by Frank Grillo. By the 1960s he takes a second wife, Annita (Mira Sorvino), and also neglects her for womanizing and his obsession to challenge the Ferrari with his Lamborghini (who with this attitude could be saying something like my dick is bigger than your dick).

The film suffers from ham-fisted direction and an uninteresting screenplay and only offering perfunctory info on the wealthy and famous car man. Though the Grillo performance passes inspection, little else does. The cars are the stars in a film that should have never been let out of the showroom. 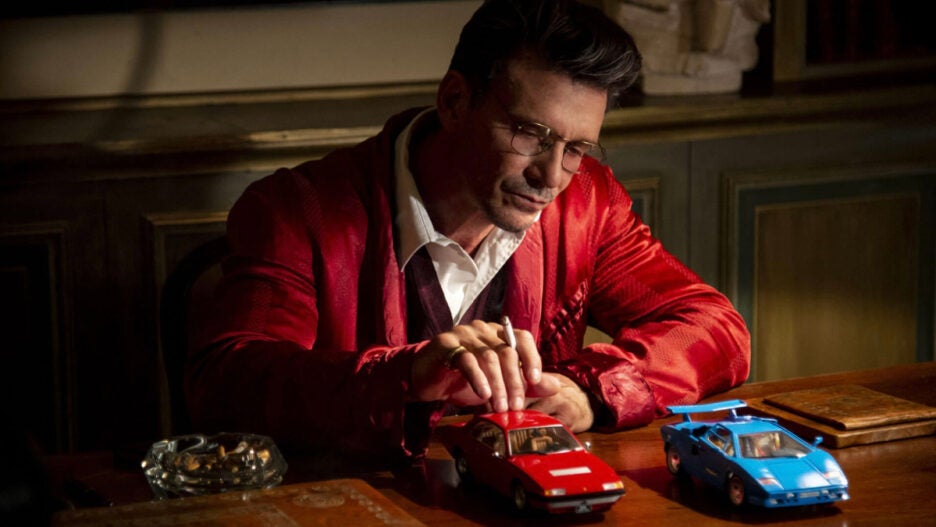