“One of the better early films of Michelangelo Antonioni.”

One of the better early films of Michelangelo Antonioni(“Red Desert”/”Beyond the Clouds”/”Zabriskie Point”) that has flown under the radar. It’s based on a story by Michelangelo Antonioni. The writers are Antonioni, Suso Cecchi D’Amico, Francesco Maselli and P.M. Pasinetti. This was Antonioni‘s third feature.

Clara Manni (Lucia Bosè) is a beautiful young shop clerk from Milan who becomes a popular movie star in tacky commercial films at Rome’s Cinecitti and marries her pushy wealthy producer Gianni Franchi (Andrea Cecchi), even though she doesn’t love him. Franchi is partners with the emotional Ercole (Gino Cervi), who is fine with making money on such shoddy non-artistic films. Hubby wants his bride to run his new villa and to be either a housewife or a serious actress. He produces on his own a Joan of Arc classic film and she plays the saint rather than appear as a prostitute in Ercole’s The Lady Without Camelias. But Clara is a pretty face with no acting talent, and her serious role is a flop. This causes Franchi a big financial set back.

The director is interested in reflecting on how women in modern society are perceived in movies and in society, and how they psychologically handle the pressures put on them from a male dominated world. Lucia Bosè’s sensitive performance allows us to penetrate the deep emotional pain she feels when facing loneliness and failure. It allows us to reflect long after the film on coming to terms with alienation and on being manipulated. Her part was originally intended for Gina Lollobrigida. 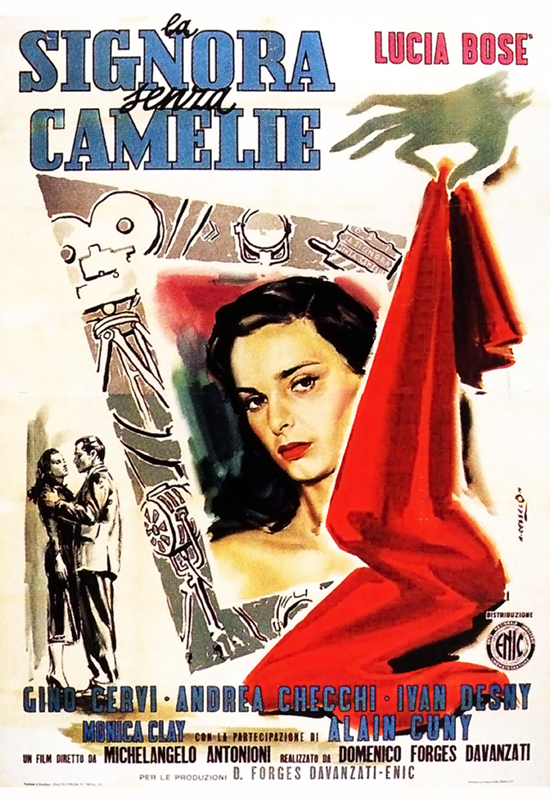 The enduring drama is gorgeously shot in black and white.