“A routine mystery story with a sort of misleading title.”

A routine mystery story with a sort of misleading title. The lady confesses to lying about the alibi she provided for the killer. This low budget film is watchable, but do not expect anything more.

Larry Craig (Hugh Beaumont) is going to marry Vicki McGuire (Mary Beth Hughes), but surprisingly after a seven year absence Larry’s wife Norma (Barbara Slater) returns and confronts Vicki by arrogantly telling her that she will never give Larry a divorce, even though she wants nothing more to do with her rotten husband.

Larry while drunk goes to a nightclub that Lucky Brandon (Edmund MacDonald) owns. Lucky gets rid of him, but he returns. The club’s singer, Lucille Compton, thinks he’s too drunk to see Vicki in her place, so she lets him sleep it off in her dressing room.

In the wee hours of the night, Larry is awakened by Lucille and is now sober. He goes with Vicki to see Norma and ask for a divorce. When they show up at her house, Captain Brown (Vogan) greets them with the news that Norma was strangled to death with a thin wire. He suspects the couple because they had a motive for killing her and proceeds to check their alibis. He finds three of four people at the club back Larry’s alibi, only Lucky denies Larry was with him and denies that Larry saw him sneaking back in to his club late at night.

Warning: spoilers to follow in the next two paragraphs.

Under police questioning it turns out that Lucky was seeing Norma and that she lent him $10,000 to open the club. Vicki suspects Lucky, and goes on her own initiative to get a job in the club to find out why he lied about seeing Larry that evening. She gives the club photographer (Andrews) $50 to take her place for a few days; and, she finds out from Lucille that she was at one time seeing Lucky and that Lucky had gone to Norma’s house. When the singer tries to shoot Lucky because he won’t see her anymore, he takes the gun away from her and asks Vicki to take her home. But before Lucille goes home she writes a note to Captain Brown, telling him she lied about the alibi she provided for Larry. She does this to cover up that out of jealousy, she strangled Norma.

In her apartment, Larry sneaks in and strangles Lucille with a thin wire because he says she can’t keep quiet. Vicki goes to Lucille’s dressing room and gets a note that she wrote addressed to Captain Brown and without reading it takes it to Larry. Fortunately, Captain Brown, who is taking Lucky down to the station, also comes to Larry’s place just as he was going to strangle Vicki. Larry confesses that he killed Lucille. Captain Brown plugs Larry when he tries to escape. It turns out that Lucky was in Norma’s place to pay back the loan and rekindle their romance, he therefore explains that the reason he lied was that if he gave Larry an alibi the cops would let Larry off the hook. Lucille apparently misunderstood Lucky, as much as did this viewer. 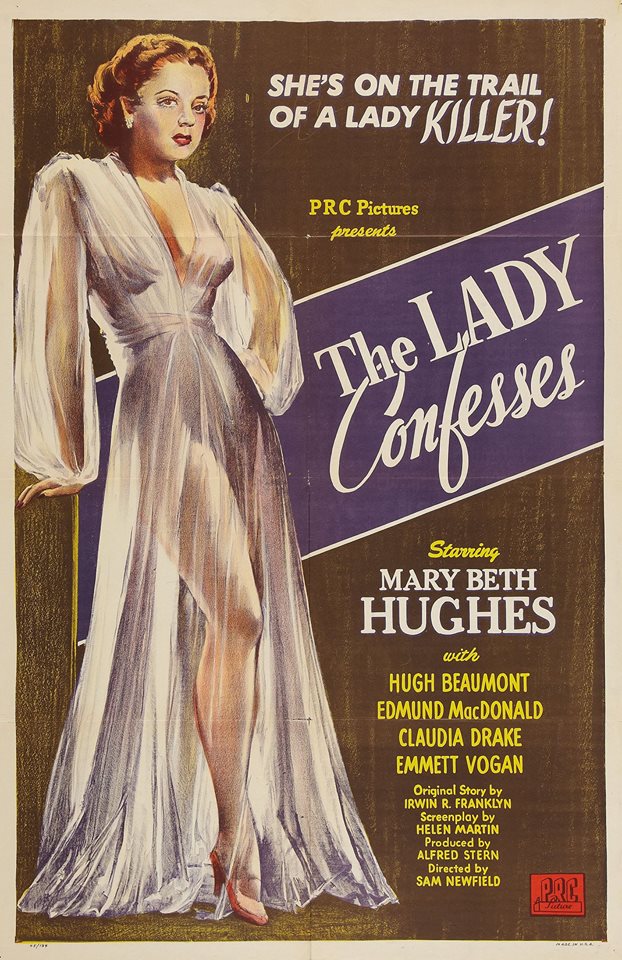