“One of this year’s prized films”

The first time solo in directing for writer-director Greta Gerwig, the one-time mumblecore muse who co-directed Nights and Weekends with Joe Swanberg in 2008. Here she hits a home run with this earnest and quirky coming-of-age semi-autobiographical drama.

In Sacramento, California, around 2002, shortly after the 9/11 attacks, the rebellious Christine McPherson (Saoirse Ronan) names herself Lady Bird, as she’s a senior at a Catholic high school with only so-so grades and ambitions to go to a fancy college on the East Coast. The mother superior (Lois Smith) warns her to not be so ambitious or she’ll be disappointed. Lady Bird lives in the poor part of town with her depressed and unemployed computer programmer dad (Tracy Letts) and her warm but imposing double-shift working nurse mom (Laurie Metcalf). Rounding out the family is her adopted Mexican brother (Jordan Rodrigues). Lady Bird tells her best friend Julie (Beanie Feldstein) that she wants to leave her boring town for New York even if her parents can’t afford to pay for her education. Though she has a crush on both the sexually confused theater guy Danny (Lucas Hedges) and the creepy long-haired musician Kyle (Timothée Chalamet), things don’t work out with either asshole.

The film turns on the anxiety-ridden very credible relationship between the no-nonsense, tough love mom and the strong-willed daughter with big plans, as these two endearing actors light up the screen and make it a compelling watch even if their story blends into a thousand others like it. The period is well-photographed as authentic and the song by Dave Matthews’ “Crash Into Me” fully captures the tense mood for change afloat, while the smart telling of its personal heartfelt story brings out the depth in its main characters and makes this low-budget drama one of this year’s prized films. 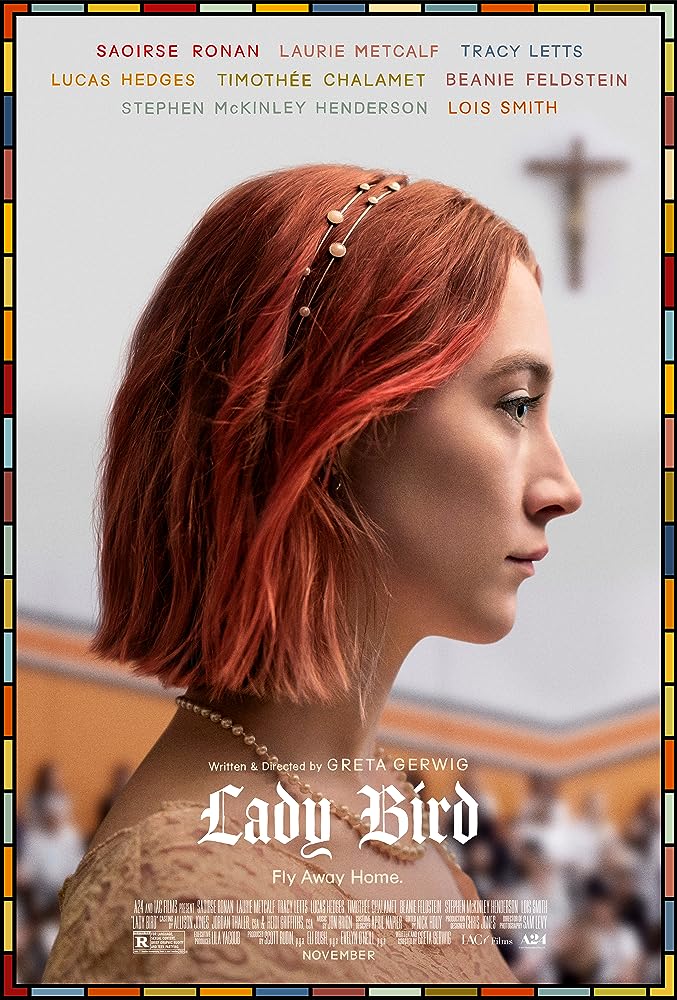 HOUSE ON 92ND STREET, THE