Veteran Brit actor Charles Dance in his debut as writer-director presents a well-executed Masterpiece Theater leisurely-paced type of drama, a middlebrow art piece posing as highbrow art, that eschews making big points or coming to a dramatic payoff. It instead settles for revealing a few precious tender moments involving a sexually repressed elderly virgin spinster picturing herself in love for the first time and makes a few safe points about failure of communication, living a predictable dull routine life of walks along the beach and taking tea breaks, and acting on one’s desires. It’s based on a short story by William J. Locke. The slight story, hardly enough to fully work for a feature film without padding, was not enough to engage me as was the treat offered to watch the marvelous Brit actresses, both well into their seventies, Dame Maggie Smith and Dame Judi Dench, work so well together to both give spellbinding subtle performances. Though they’re not asked to do much, and could have done these parts in their sleep.

The period drama is set in 1936 in the Cornwall seaside. After a stormy night a young handsome Polish man, Andrea (Daniel Brühl, star of Good Bye Lenin!), who speaks no English, mysteriously washes up unconscious on the shore near the Cornish cottage of two elderly sisters, the older Janet (Maggie Smith), widowed when her husband never returned from WW1, and Ursula (Judi Dench), the younger one who has never been with a man but who irrationally becomes sexually obsessed with their house guest but does not do anything about it except to gaze at him with loving eyes while he sleeps and stroke his hair when he seeks mothering comfort. Andrea is treated as if he were the favored pet, sheltered and fed, who is expected only to be loyal to his master. The gentle Pole, who could be a Jew escaping from Poland or just escaping the draft, only revealing that he was heading for freedom to America, is nursed back to health by the caregiving sisters and their more pushy and spirited housekeeper Dorcas (Miriam Margolyes). While bed-ridden with a broken ankle he’s treated by the brusque local doctor (David Warner), who considering the rise of fascism throughout Europe becomes suspicious that the foreigner might be a spy when he spots him speaking German to a visiting Russian artist, Olga Daniloff (Natascha McElhone), the sister of the renown violinist Boris Daniloff, staying alone while on vacation in a nearby cottage to the sisters. It turns out that Andrea is a most talented violinist (he should be: Joshua Bell the great violist is playing for him), who impresses Olga so much she writes her brother about him as a promising virtuoso performer. Obviously the attractive younger Olga, whose famous brother has connections in the musical world, proves to be a greater lure for Andrea than staying forever with the kindly elderly sisters and when fully recovered splits for London to jump-start his musical career–causing some pain for the crestfallen Ursula. 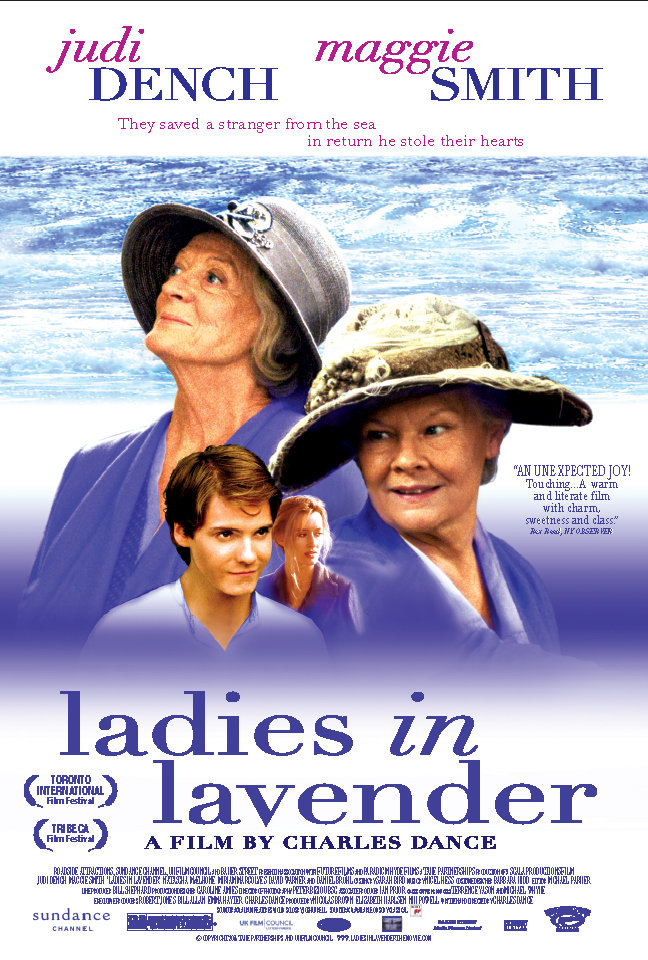