The 67-year-old leftist Brit filmmaker Peter Watkins (“Culloden”/”The War Game”/”Punishment Park”) cowrites (with Agathe Bluysen) and directs this remarkable re-created historical piece, filmed in a crisp black-and-white and shot on DV for French television. The slow-moving reality exercise in filming historical events, like the way cable news now does it, is based on thorough historical research in its attempt to re-create the rise and fall of the Paris Commune in March, 1871–a time in the aftermath of the Franco-Prussian War when Paris actually became a socialist commune before the revolution was betrayed. The losing side France had to pay Germany 5 billion francs and surrender its rights to the territories known as Alsace and Lorraine. The terms of the peace treaty greatly upset radical Republicans and the working-classes, believing unrepentant monarchists too quickly caved in to the demands of Prussian prime minister Otto von Bismarck. As a result, on March 18, Paris’s National Guard opposes the current administration led by Adolphe Thiers and sides with the rebels, forcing the fall of the government. After the outnumbered government loyalist flee to Versailles, a socialist commune is established that lasted for ten days.

Watkins assembles a non-professional cast of 200 and builds his set in a giant warehouse in the working-class suburbs of Paris called Montreuil. Using documentary style guerrilla film-making techniques, Watkins explores that brief romantic and tragic period when the poor working-class rebelled against the “bourgeois” French national government. The officials left the capital in droves and set up shop again in Versailles. The commune lasted from March 21-28, as troops then arrived from Versailles and crushed the rebellion but not before about 25,000 lives (both anarchist and the innocent citizen) were lost. History called the ensuing massacre Bloody Week.

As events unfold, two fictional intrusive and shrill TV reporters, one from National TV Versailles airing the official version and an alternative voice from the independent Commune TV, both come to different conclusions about events as they roam the streets of Paris’ 11th District providing interviews with soldiers, some ordinary citizens and with the few remaining members of the bourgeois class.

It’s bold, passionate, and stunning film-making, a unique and essential film. Its history lesson is solid and is reinvented to fit today’s way of seeing things, but the catch is that this dynamic experimental film takes close to six hours to tell its story and that’s a long time to stay tuned in to such delirious heady stuff. 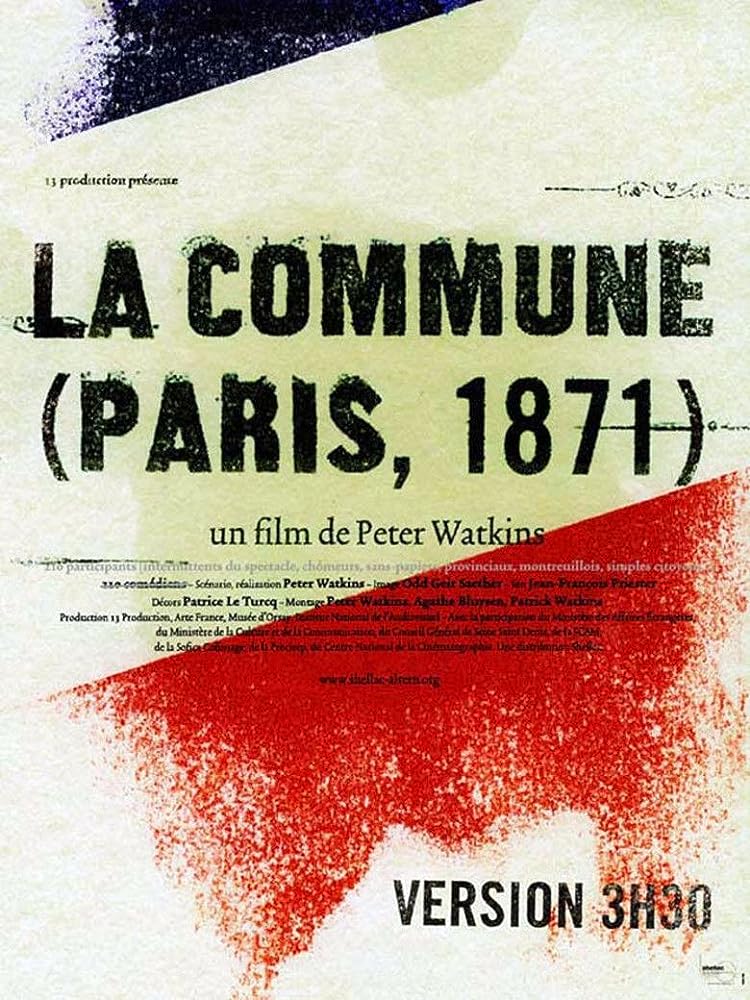