“Disappoints as a lumbering mainstream pic that is all too familiar to Americans.”

Kolya won an Academy Award for the Best Foreign Language Film of 1996. The heart-pulling manipulative drama is directed by Jan Sverak (“The Ride”/”Accumulator 1”) and is scripted by his father Zdenek Sverak, and is based on a story by Pavel Taussig. It’s a dreadfully predictable and way too sugary story about the improbable relationship between an old man and a toddler, milking all the sentimentality it could out of its Hollywood-like sitcom situation. Its trite aim is to show how the selfish older man becomes a better person when he learns to love and care for the kid under his charge.

The 55-year-old apolitical Frantisek Louka (Zdenek Sverak) is a talented cellist in the Soviet-occupied Czechoslovakia of 1989, a confirmed bachelor, a happy go lucky sober-minded lady’s man and someone who dutifully looks after his politically-minded nationalist elderly mother (she shouts out for the Ruskies to go home). He used to play with the Czech Philharmonic Orchestra, but because of a playful insulting gesture he made on a government form was bounced. Louka now earns his meager keep by giving private lessons, painting gravestones, and performing at funerals around Prague. But the bills are climbing and to get out of debt and buy a Trabant (model name of a Czech car), he reluctantly agrees to an arranged marriage with a Russian woman, Nadezda (Livanova), the niece of his gravedigger friend Broz (Ondrej Vetchy). She needs Czech papers and has a five-year-old son Kolya (Andrej Chalimon). When the bride immediately runs off to West Germany armed with her newly acquired Czech papers to be with her lover, that leaves the cellist stuck with the kid and not able to report her because it would cause trouble for him with the authorities. An added problem that is overcome is that the kid speaks only Russian, a language Louka refuses to learn.

New Wave Czech director Jan Sverak has made a film with absolutely no edge that disappoints as a lumbering mainstream pic that is all too familiar to Americans. Even though it’s well-acted and crafted, Kolya is unfortunately also a pointless film of hardly any depth. 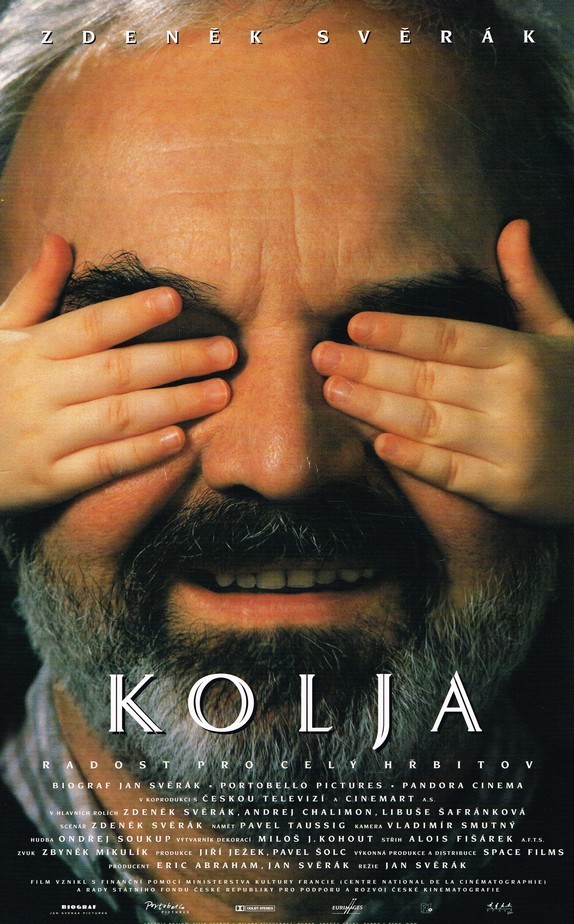