“It starts out as a political thriller, but turns ugly into a psychodrama.“

It starts out as a political thriller, but turns ugly into a psychodrama. After going to see his estranged wife, Ann (Angela Winkler), at a left-wing youth center, there’s a police raid and the bio-geneticist Hoffmann (Bruno Ganz) is shot in the head. Hoffmann is hospitalized, where he’s paralyzed, his speech is impaired and he suffers from memory loss. Through sheer will power and good medical treatment he becomes well enough to leave the hospital, but can no longer pursue his brilliant science career.

The corrupt cops make up a story that the apolitical Hoffmann came after them with a knife and smear him in the press as a terrorist, even though he has no history as one. His estranged wife Ann is involved with one of the dissidents, Volker (Heinz Hoenig), who hang out at the youth center. The radicals try to use this incident to attack the police as pigs who deserve to be killed, as they try to manipulate Hoffmann to become an activist against police brutality. The radicals’ cunning lawyer Anleitner (Hans Christian Blech) tries to run interference for Hoffmann from both sides, and tries to keep him in the clinic until he gets better. But Hoffmann acquires a new personality, as he must start over without much memory and becomes obsessed with uncovering the truth about his shooting.This leads to nasty confrontations with the fascist-like police, the unpleasant Volker, his mixed-up estranged wife and finally with the fearful Nazi-like cop, Schurig (Udo Samel), whose quick trigger made the scientist forever an insignificant person because of his severe handicap.

DirectorReinhard Huff (“The Main Actor”/”Slow Attack”)wants to warn us that even in modern West Germany it’s possible to have a police state if society isn’t vigilant.Writer Peter Schneiderhas an interesting premise but is unable to bring depth to either his characters or the story, and by offering an ambiguous ending he seemingly is unsure of how he wants the mystery story to end and lets the viewer instead fill in the blanks.In the end, it’s only mildly intriguing, as the wheels start coming off because of poor structuring (things look awkward and the dialogue is stilted) and that it’s presented in a cold and clinical manner when its passionate dramatization demanded to be told in a passionate manner. 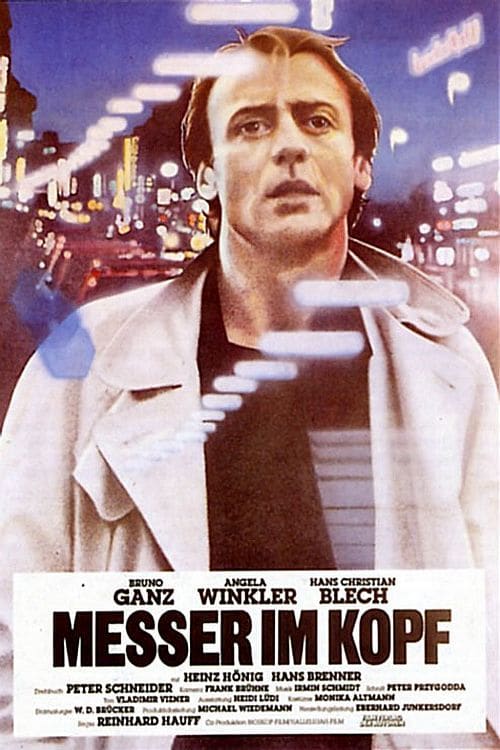