“A self-indulgent but inventive John Cassavetes written and directed film…”

A self-indulgent but inventive John Cassavetes written and directed film that plays like a home movie meant to appeal only to the ones in the film and their immediate family and friends. It is and isn’t about gangsters. Though gangsters dominate the film with their violent ways and by their grandstanding show of loyalty and their playful camaraderie, the Chinese Bookie turns out to be a fascinating look at the self-destruction of a likable owner of a sleazy LA strip-club, Cosmo Vitelli (Ben Gazzara), who has for the last seven years struggled to make payments to the Mob and at last has made his final payment and now owns the Crazy Horse West with no debt. It’s a vaudeville place he loves with all his heart, as he acts as musical arranger for the bump and grind show and takes pleasure in treating his employees right. Especially dear to him are his three star strippers — the well-stacked Sherry, the bubbly blonde Margo, and his favorite, the black beauty, Rachel. Cosmo is all about style and class, and in projecting a self-importance which is mostly in his head.

Cosmo arrives by limo to pickup his strippers at their residences and gives them each an orchid, and they accompany him to a gangster-run casino. He loses $23,000 in a poker game and the small-time gangster casino owner, Mort Weil (Cassel), turns him over to the Mob to clear his debts. Through the big boss, John, he’s coerced into getting rid of his debt by doing a hit on a well-guarded elderly Chinese mobster. He’s someone the Mafia has no luck in eliminating. To the Mob’s surprise, he somehow succeeds. This earns him the respect of hit man Flo (Carey), who refuses to kill him and instead turns him over to Mort and his soldiers to complete the double-cross.

The film’s pace is slow, it presents the rotten nightclub’s showbiz act in almost its entirety. A Mr. Sophistication (Meade Roberts) is the resident eccentric artiste, who tries to lift the burlesque routines above being just about bare tits and ass. Mr. Sophistication offers a wretched version of “I Can’t Give You Anything But Love,” as the unsophisticated audience jeers and calls for the girls to take it off. Cosmo hangs out by the bar and smiles, proud to be a legit businessman who can also cross the line. There’s something about taking risks that gets him hot. Both Cosmo and the girls pretend to be artists who are suffering for their art. Cosmo’s pretensions even go further as his demise occurs because he forgets about his loyalty to his club and he actually starts to believe he’s someone important, someone who can move in the world of the big-time hoods and still deal with them fairly like he can with his audience and workers.

This film is not for most but for those who have the stomach for a film that plays with gangster clichés and then discards them while it retains the dark look of film noir, their patience for sitting through this messy film will be rewarded. The film has become a cult favorite because of Ben Gazzara’s forceful performance. The director re-edited the film from its original 135 minutes by deleting and adding scenes to make it more accessible, as it now plays at a reasonable 109 minutes. 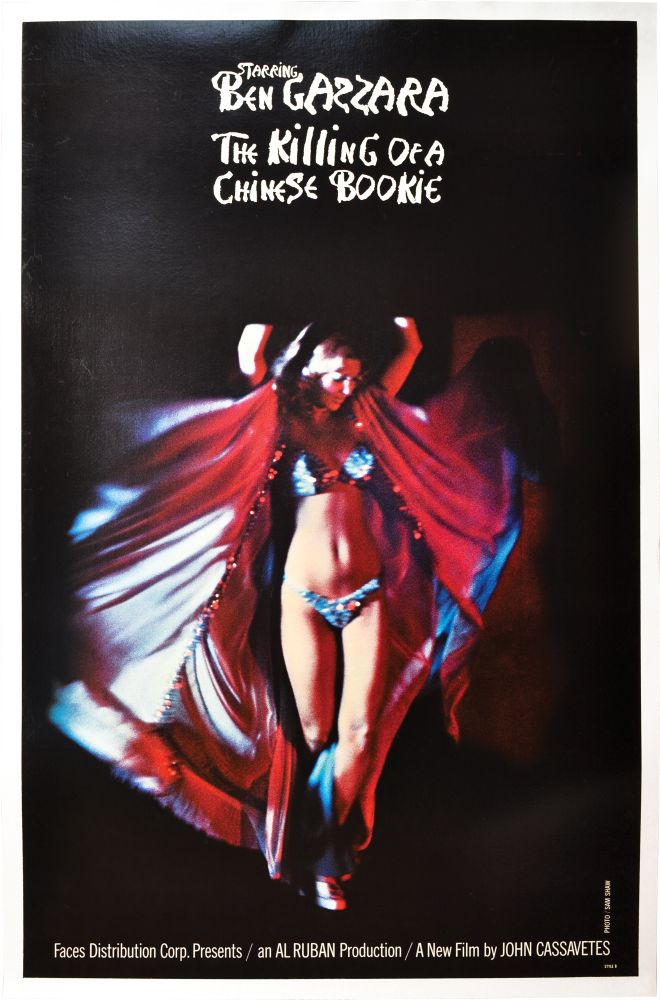