“A cheapie but well-conceived coming-of-age adventure story, shot in black and white.”

A cheapie but well-conceived coming-of-age adventure story, shot in black and white. Oscar Boetticher (“Arruza”/”Ride Lonesome”) does a nice job showing the awkward relationship of the stranger father and son. Also, the shark fishing scenes were thrilling. Charles Lang writes and acts in this enjoyable little film. A Boston college student, Ted White (Roddy McDowall), hasn’t seen his divorced dad Jeff (Roland Winters) for the last 12 years and decides to spend his summer holiday in Mexico learning to fish with his sea captain father and bonding with him. Ted arrives in Manzania in mom’s car and immediately goes with dad and his Mexican crew fishing for sharks. Ted’s inexperience results in severe shark wounds for his dad and crewman Ramon (Edward Norris), as they jump in the water to save Ted. The boat then turns back to dock for the men to receive medical help. While recouping Jeff learns he will lose his boat if he can’t make a mortgage payment, thereby Ted tries to help by taking the Sunrays, his father’s boat, out to catch sharks. But the regular crew shipped out with another captain and Ted is misled into hiring a thuggish crew led by the dishonest Bracado (Douglas Fowley). They steal his catch, but the determined lad recovers the catch with the help of dad’s crew and dad beams with pride that his son shows some manly grit. 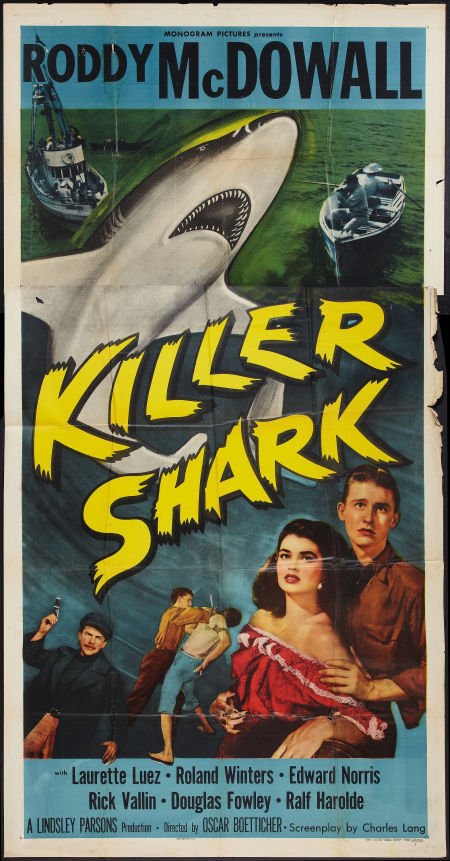