The kids are fueled by meaningless sex, petty thefts of convenience stores, drugs and booze, and mindless violence. They are an unpleasant aimless lot with the boy group totally empty-headed and nasty, while the girls are pictured as gullible boobs. The story hones in on 17-year-old wise-guy braggart Telly (Leo Fitzpatrick), a particularly unpleasant kid who loves tapping virgins with his corny spiel and boasting of his conquest to his slacker friends, especially to airhead slacker best friend Casper (Justin Pierce). Jennie (Chloe Sevigny) is a virgin Telly had unprotected sex with and she’s startled to learn she’s HIV-positive after only one sexual experience, while her loose living friend Ruby (Rosario Dawson), who has had sex with multiple partners, is given a clean bill of health. Jennie spends the remainder of the flick trying to track Telly down before he ruins another girl. That girl about to be deflowered by bad boy Telly is Darcy (Yakira Peguero), and the melodramatics revolve around if Jennie could get to her in time.

Everything seems hopeless; the rawness of the voyeuristic film gives it a feel of authenticity. The actors are mostly non-professionals, with many being the punky friends of Korine. The moral lessons come throughout this cautionary fable that offers constant warnings to have protected sex and get your act together.

I can’t say I enjoyed it or found it particularly relevant or controversial or a breaking news story, instead finding it grittier than many kid pics but overbearing in its two-faced hypocritical position of going for shock effect while at the same time pretending to be nonjudgmental when it clearly wags its fingers at those responsible for leaving the kids unsupervised. Viewed at this later date it comes stripped of its initial controversy, but I still can’t find what it has to say that wowed so many at its Cannes showing. 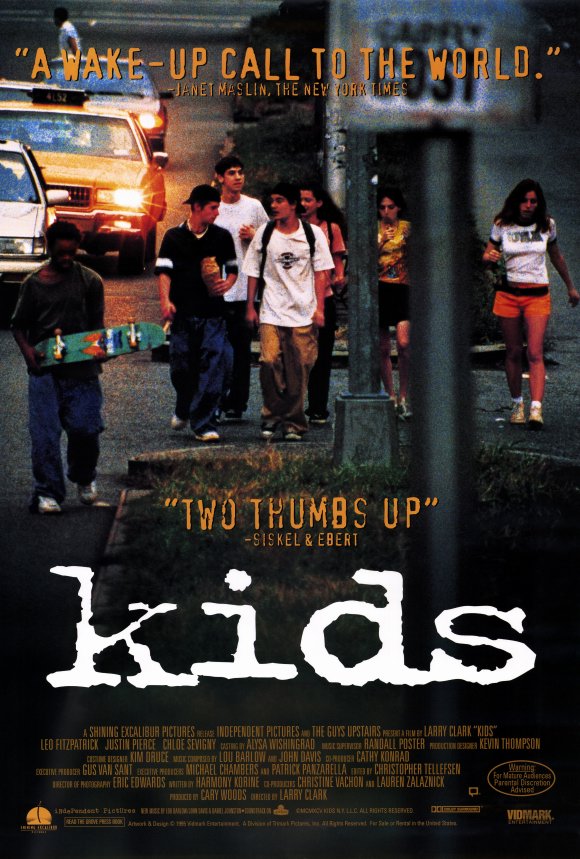