“The shipboard romantic moves Brent puts on Francis are easy to take and don’t make you seasick.”

This so-so melodrama is directed in a workmanlike way by Michael Curtiz (“Casablanca”/”Stolen Holiday”/ “Mandalay”). It’s based on the story Adventuress by Alice D.G. Miller and the screenplay is by Robert Presnell Sr.

Neil Davis (George Brent) is a smooth NYC private eye specializing in divorce cases who is hired by the untrusting senior citizen industrialist millionaire Schuyler Brooks (Henry Kolker) to keep tabs on his younger pretty wife Anne Brooks (Kay Francis), who is mysteriously traveling to Havana by boat alone under her maiden name of Anne Vallee. Schuyler doesn’t tell the shamus that’s his wife. What hubby doesn’t know is that the American Anne is being blackmailed by her sleazy foreign born former dance partner and husband Maurice Le Brun (Monroe Owsley), who told her he got a divorce but six months after she married Schuyler it turns out they weren’t legally divorced and the dirty rat has been blackmailing her ever since. This time he wants $50,000. Seeking advise from her worldly sister-in-law Portia Brooks (Helen Ware), Anne goes to Cuba to get the divorce and has Maurice follow her there. The plan is for Portia to use her government connections to arrange it so that Maurice can’t re-enter the country by blocking his attempt to get a visa. The plan gets mucked up when Neil falls madly in love with Anne while on the assignment, and she realizes that she loves him and not either of her two husbands. The subplot has the dim-witted Hank Wales (Allen Jenkins), from the detective agency, posing as Neil’s valet and getting suckered into losing all the expense money to the ship’s gold digger hustler, Dot (Glenda Farrell), who poses as an aristocrat while he poses as a millionaire wanting to marry her.

Not much to get excited about. But the shipboard romantic moves Brent puts on Francis are easy to take and don’t make you seasick. 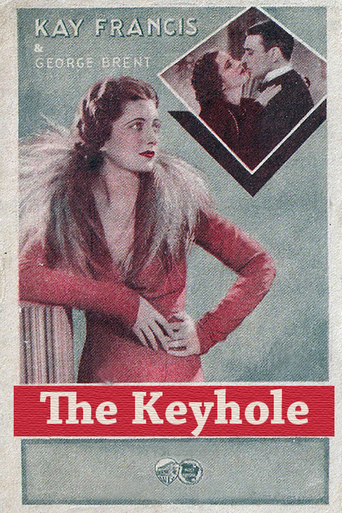