“How good this film might be, depends if you believe that the shocking conclusion is too much of a plunge or not.”

Kaaterskill Falls was shot for $25,000 in only 13 days and in 16mm by a two-person crew, and is co-directed by Josh Apter and Peter Olsen. Its story outline is improvised by the cast and crew from the 1962 Roman Polanski film Knife in the Water. It’s a three-character thriller about a NYC professional couple — the yuppies, Ren (Hilary Howard) and Mitchell (Mitchell Riggs). They drive in their sleek new VW car to take a romantic weekend vacation in upstate New York’s Catskills Mountains to stay as usual in their favorite rented cottage. She’s a freelance nature photographer and he’s a rolling-in-the-dough computer consultant. This highly disciplined couple is planning to make a baby in the peaceful country setting. Ren remembers when she was single that someone gave her ride when she was stranded, she now wants to pay back the favor and picks up on a winding country road a laconic lone hitchhiker named Lyle (Anthony Leslie). He is from the region and is a nature lover, has a backpack, and carries a large saw-toothed knife. But he seems harmless except for his anger expressed at cell towers being a blight to the scenery. His free-spirited lifestyle puts him in contrast to the regimented and techie couple, who can’t go anywhere without their $300 cell phone that can browse the Web and retrieve email.

When Lyle can’t get a room in a nearby motel, the couple invite him to crash for the night and serve him dinner and wine. In a giddy mood they sit by the fireplace and chat. The tension mounts as wide differences between the couple and Lyle are exposed. He annoys the uptight and jealous Mitchell, a consummate user of the cell phone, because Lyle’s an unapologetic chain-smoker and also seems to threaten his manhood, as Ren is paying him a lot of attention. Ren never pursued the hippie lifestyle she dreamed about as a teenager, and regrets that despite her comfortable lifestyle. She gets angry and takes Lyle to task for insulting her bourgeois lifestyle after they served him such a wonderful dinner.

The next day everything seems to be patched up as the trio go on a hike to the deserted Kaaterskill Peak by the falls. The film sets a tense mood and is aided by the atmospheric music in the background created by Minneapolis-based Steve Tibbets, as most songs come from his album Big Map Ideas. The conclusion plays itself out in the backdrop of the falls. The couple’s marriage is further probed for all its cracks and the mysterious Lyle acts as a mirror for them to see how much their materialistic lifestyle has suppressed them. She wonders what if she lived a spontaneous life, while Mitchell is a control freak who pouts when he’s not the center of attention. All the menacing scenes lead to a plot twist that might leave you scratching your head. How good this film might be, depends if you believe that the shocking conclusion is too much of a plunge or not. I couldn’t make up my mind, as I thought that Lyle had worn out his welcome some time ago and would have been long deserted by such a controlling couple. Also, all the menacing game playing scenes didn’t have the psychological potency or the tenderness that a master filmmaker like Polanski gave to his scenario. But I was still satisfied with the overall moody effect and the restrained performances and the excitement emanating from the trio going back to nature to unleash their natural instincts. It’s a beautifully photographed film and was accomplished with so little money and resources. 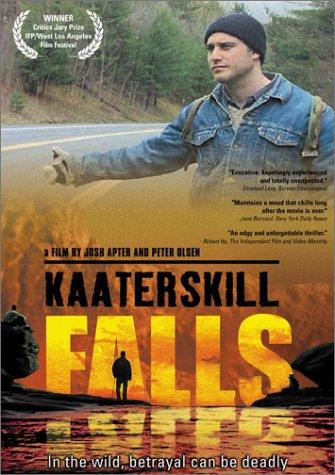