“The confusing and involved story is just not very good and, furthermore, makes little sense.”

Capably directed by veteran poverty-row filmmaker Phil Rosen (“The Red Dragon”/”Double Alibi”/”The Scarlet Clue”). It’s written by Olive Cooper, and based on a story by Octavus Roy Cohen. The problem is that the confusing and involved story is just not very good and, furthermore, makes little sense.

Hayseed detective Jim Hanvey (Guy Kibbee) is hired by an insurance company to recover the stolen emeralds from the wealthy Mrs. Frost (Catherine Doucet). While eating breakfast in his farm house, Don Terry (Tom Brown), a young aspiring writer, and his girlfriend Joan Frost (Lucie Kaye), the daughter of Mrs. Frost, tell Hanvey that Don stole the jewels as a prank but now the jewels are missing. When the missing jewels are returned by an honest taxi driver, they are stolen again when Don tries to put them back in the safe. Don’s knocked unconscious and the butler is slain. The portly, bald, buffoonish but amiable sleuth thinks up a crazy scheme to trap the thieving killer while getting Don off the hook as the chief suspect.

Edward S. Brophy plays his familiar comic relief supporting role as a thug, while Kibbee in a rare starring role is amusing as the bumbling wisecracking detective (such as the scene where he’s unable to scale a fence while the police officer with him makes it with ease). It’s only too bad that this programmer was so thin and the story was so uninteresting. 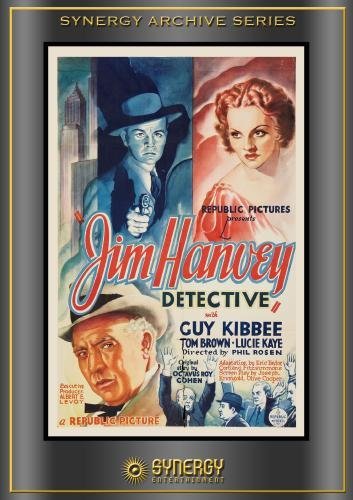