“… plays well as a sexual odyssey.”

This is 24-year-old Belgian avant-garde filmmaker Chantal Akerman’s (“Golden Eighties”/”Jeanne Dielman, 23 Quai du Commerce, 1080 Bruxelles”/Toute une Nuit”) auspicious first feature film. She also is the star, producer and writer. It’s a spare and disturbing film that’s rough around the edges but plays well as a sexual odyssey. Akerman is Julie, a loner who resides in an almost bare one-room flat. The first part has her writing a long love letter, which shows her sensitivity, vulnerability and frankness over sex. Over a period of weeks, Julie writes on and exists on spoon fulls of sugar taken from a brown paper bag; she keeps busy when not writing by frequently changing the position of her mattress. The second part has Julie hitch a ride along the Brussels highway with a handsome truck driver (Niels Arestrup), and she gives him a hand job after stopping off at a rest stop. The final part has Julie in the flat of her former female lover (Claire Wauthion), where their unresolved relationship culminates in a hot love scene and ends the next morning when Julie quietly leaves her apartment.

The haunting, memorable and poignant dramatic fem film plays with the transient and existential things about life. It provokes thought and dares comparison to early Fassbinder subversive dramas. Though plotless and in a dreary black-and-white photography, the experimental low budget film has a remarkable sense of instinctual filmmaking that explores the heroine’s desires in three different sets of circumstances. 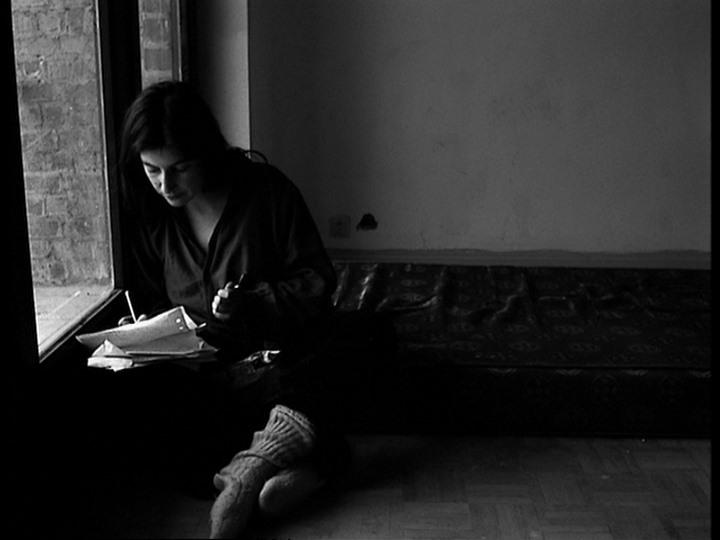