“A lively, for the most part, Yiddish melodrama that evokes the gay holiday mood of Purim.”

A lively, for the most part, Yiddish melodrama that evokes the gay holiday mood of Purim, as cowritten by Joseph Green (“The Brain That Wouldn’t Die”/”A Brivele der Mamen “) with New York journalist Chaver-Paver, and directed and produced by Mr. Green. It was filmed in Poland, and stars American married couple Miriam Kressyn and Hymie Jacobson. It’s a rather tame traditional Yiddish love story of traveling performers who have their romance thwarted, but later become stars in the big city and return to their small village to be reunited with their family.

In a flourishing Galician shetl, sometime before World War One, a melancholy vagabond, carrying a bundle, named Getsel (Zygmund Turkow) stops as he hears women singing as they pick apples and gets one of the woman to direct him to town. There he gets hired as an assistant by poor shoemaker Reb Nukhem (Ajzyk Samberg), and only stays because he’s attracted to his pretty and very giddy daughter Esther (Miriam Kressyn)–the same gal he saw picking apples and fell in love with. The friendly Getsel clowns around with the grandfather (Max Bozyk) and the other workers, but fails to win Esther’s love. She falls for a slick comedian/song-and-dance man from a traveling circus named Dick (Hymie Jacobson). Her father breaks up the romance and Dick leaves with the show. From out of the blue Reb Nukhem inherits a fortune and arranges a marriage for Esther with a moronic boy from a wealthy family, as Esther’s dad wishes to buy a fine family name. But she refuses. During a Purim play put on by Getsel, the drifter drives off the suitor with insults and as a reward for saving her–Esther runs off with Getsel. But he can’t take care of her, and in the big city she meets Dick. The two confirm their love for each other and form a singing act and then marry. The despondent Getsel hits the road again all alone and penniless.

One of the film’s major problems was that Turkow succeeded only as a sad-sack, but elicited no humor–as the role called for him to be funny. 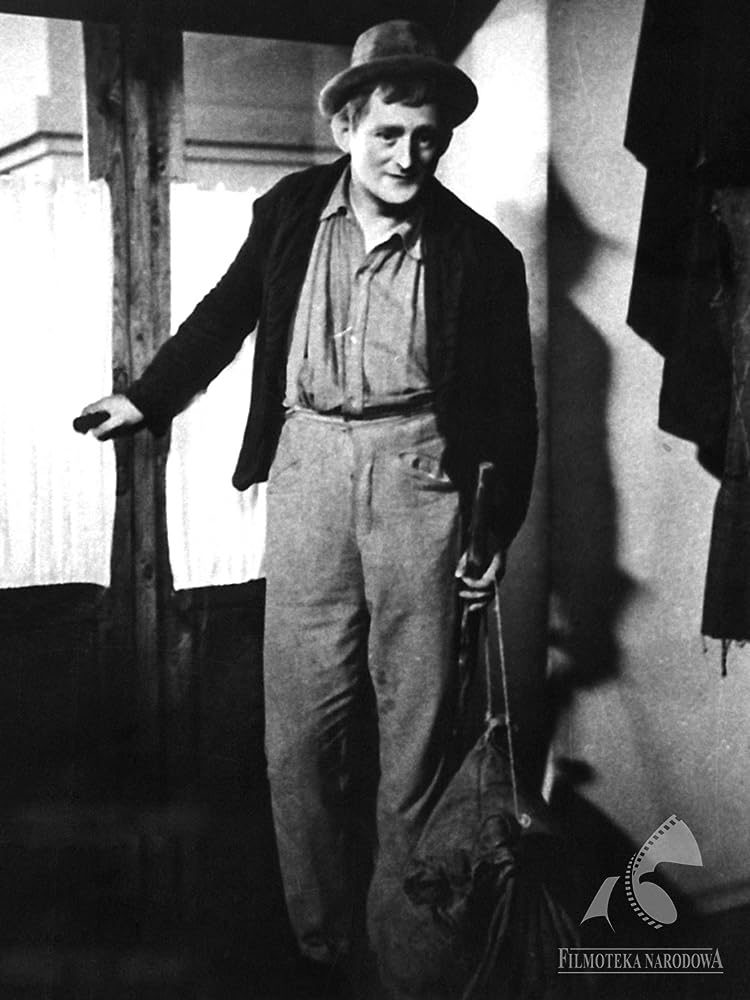