“The jukebox music is the thing here.”

Clint Eastwood(“Letters From Iwo Jima”/”Million Dollar Baby”/”Hereafter”) directs with aplomb the well-meaning but not always compelling biopic on the Four Seasons. The members are three working-class street kid Italians from Jersey (Belleville, New Jersey, just outside Newark) and one straight-arrow Italian songwriter nice kid from a suburban Jersey area. The boys are all with enough ambition in 1951 to use their musical talents to escape from their dead-end life. It is not until 1962 that they find success after hooking up with flamboyant producer Bob Crewe (Mike Doyle) and roll out four successive hit songs.

The script is by Marshall Brickman and Rick Elice, the same fellows who wrote the smash-hit Tony-winning Broadway musical, now approaching its 10th year running. The jukebox music is the thing here. It’s mostly enjoyable because the music is superbly captured by the iconic Eastman, using the group’s popular tunes such as the following: “Rag Doll,” “Dawn,” “Bye Bye Baby,” “Can’t Take My Eyes Off You…,” “My Mother’s Eyes,” “Sherry,” “Big Girls Don’t Cry,” Let’s Hang On, “and “Walk Like A Man” to full advantage. Where the film whiffs, is in the dull cliché telling of the paper-thin and uninspiring melodrama surrounding the group’s up-and-down rise to the top, their personal clashes, their philandering ways, their backstage wars, their unhappy family life and their long-time ties with mobsters.

John Lloyd Young won a Tony in 2005 for his rich stage performance as the lead singer, Frankie Valli, of the Four Seasons. He’s the one with the recognizable unique falsetto voice. Young is also great in the film, as the 38-year-old actor who half-convincingly plays a 16-year-old. Both Erich Bergen, as the band’s talented songwriter Bob Gaudio, and Michael Lomenda, as the least talented member, the bassist Nick Massi, also appeared in the stage version. Only Vincent Piazza was not in the stage version. He plays the bad-ass Tommy DeVito, whocan’t let go of being a petty criminal despite the music success.Piazza’s performance had the most energy, and he nailed his hapless wannabe wise guy character.

When the group makes it to the top, things come apart over ego fights, too much road travel and that Tommy owes the mob a lot of bread due to loans and gambling debts. It takes the benevolent local mob boss, Gyp DeCarlo, beautifully played byChristopher Walken, as a favor to Valli to run interference for Tommy with the mob. The group thereby disbands in the early 1960s and will reunite in 1990 at the Rock and Roll Hall of Fame for one performance when they are inducted.

Following the play’s format of structuring it likeMartin Scorsese’s GoodFellas, but with music, each band member narrates the story from his own viewpoint. It gives the storyline a “Rashomon” feel, as Eastwood refuses to back away from the group’s different personalities and lets each member look in the camera and tell us how he sees the events. 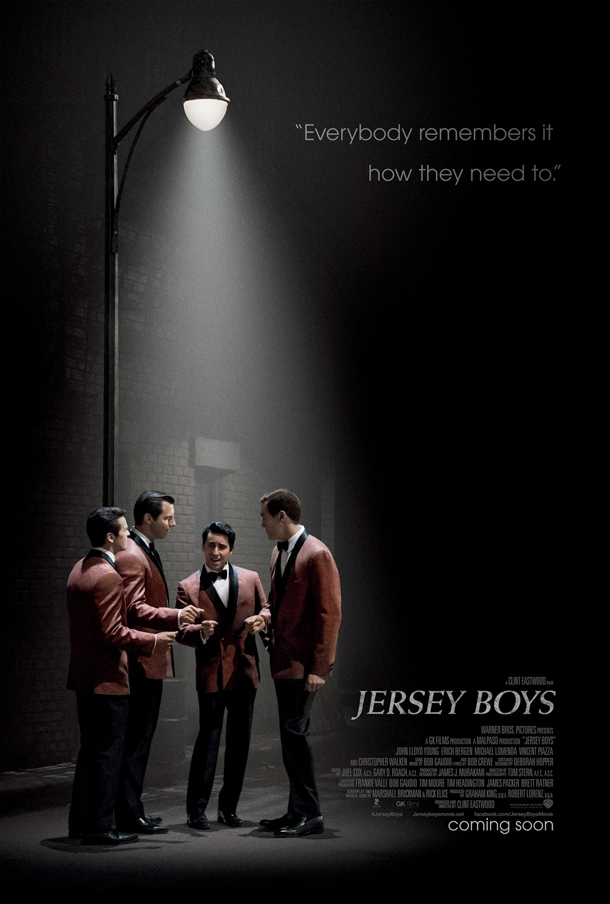