JAPANESE GIRLS AT THE HARBOR (Minato no nihon musume)

“This lushly shot film in black and white and on location, shows a director whose powers are beginning to take hold.”

The DVD is released by Criterion on its Eclipse Series 15. These are the first Hiroshi Shimizu films to ever be on a DVD in the United States. It’s based on the story by Itsuma Kitabayashi and written by Mitsu Suyama. Besides Japanese Girls at the Harbor, the four-disc box set of noteworthy neglected films includes Mr. Thank You, The Masseurs and a Woman and the masterpiece, the Ornamental Hairpin. Hiroshi Shimizu is the great unknown director to those outside of Japan, who was a friend and contemporary of the better known Yasujiro Ozu. In fact, like Ozu he was also born in 1903 and also worked for Shochiku studio. Shimizu was an outsider who made films about outsiders, was an innovative visual stylist as well as a good storyteller. He was a workaholic who made some 150 films (many lost) and many were box office successes, and was mainly known for making lighthearted films about children. It wasn’t until a film festival in London in 1988 did the filmmaker, who died in 1966, become recognized internationally as someone who made prestigious films.

The film’s two protagonists, Dora (Yukiko Inoue) and Sunako (Michiko Oikawa), are best friends since they attended a Christian high school in the port city of Yokohama and swore allegiance to always stand by each other. But fate takes them down different paths and tests their friendship when they meet and both fall for the western influenced neighbor boy turned gangster named Henry (Ureo Egawa). He has fallen under the spell of a worldly temptress, Yoko Sheridan (Ranko Sawa), but marries Dora and makes her pregnant. The crestfallen Sunako splits for Nagasaki and then to Kobe in the company of an awe struck penniless artist, Miura (Tatsuo Saito), as she becomes a prostitute. Things look dismal until fellow prostitute, Masumi (Yumeko Aizome), convinces her to make a new start in her hometown and face the ghosts of the past. Back in Yokohama, the reflective Sunako finds redemption through self-sacrifice, compassion, and humility after facing Dora and Henry and bringing the feuding couple back together. The last shot shows Sunako tossing the portraits from the past into the harbor and is buoyed by a new sense of tranquility to live again without such suffering and need for revenge.

The film acts as a snapshot of Japanese society of the early 1930s, at a time when the slow-paced traditional life in Japan was changing for a faster-paced life of the West. This lushly shot film in black and white and on location, shows a director whose powers are beginning to take hold. 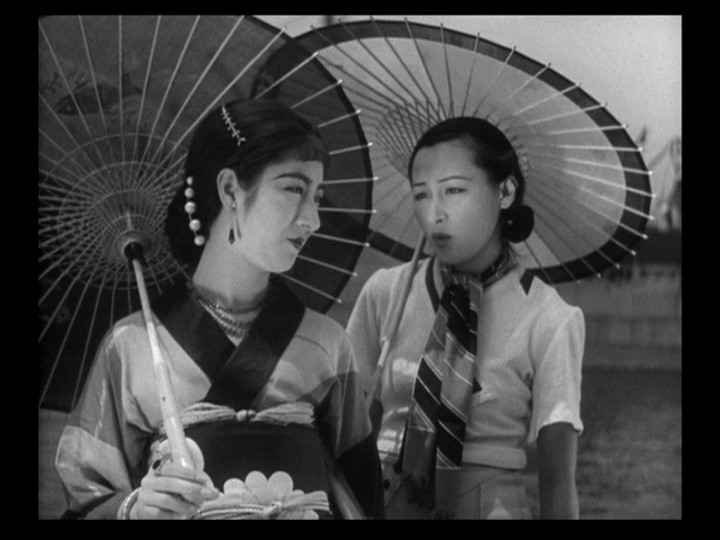