“It is a film about a boy who knew what he loved to do in life and was fortunate to make a living doing it.”

Jacques Demy, the subject of this biography, was undoubtedly a great filmmaker; his films were poetical visions, filled with music, fantasy and magic. The titular Jacquot refers to Jacques’ nickname as a child.

The French director was most acclaimed for his inventive 1964 musical “The Umbrellas of Cherbourg.” Demy, a seemingly gentle and reflective soul, was married to Agnes Varda, a noted director herself, who bases this film on her husband’s unfinished memoirs. Before he died in 1990 he collaborated and appeared in the film, offering insights into his childhood experiences.

The movie is a look back at his most happy childhood and some of the events that shaped his life. The pivotal point revolves around how he was always inspired by his imagination. The film follows young Jacquot (played by a progression of actors) through his Nantes boyhood as the eldest son of a working-class family, whose father owned a garage and was a hard-working mechanic. His loving mother stayed in the kitchen and offered him full-support in his yearnings to be a filmmaker.

Jacques’s childhood experiences included the following: his first attraction to puppet shows (filmed in vivid color), experimenting in animation, the songs he daily heard that later became part of his films, his displeasure of technical high school, the war and his reaction to the Nazi occupation of his town, and his final departure to Paris.

Varda is extremely cautious in the way she presents Jacquot, carefully rooting out all the implied controversial meanings in his life. His childhood experiences are really trite but through her black-and-white photographs of that period and by employing the cinema verite method, his life is meticulously examined as to his relations with friends, his father, and his mother.

It was interesting to see how Varda interspersed his childhood memories with the legendary films he was later on known for. By showing the “inspirational” episode from his childhood and then his usage of it in films such as “Lola,” “The Umbrellas of Cherbourg,” “The Young Girls of Rochefort,” and “Donkey Skin.”

On some occasions she’ll present a sentimental impression from his childhood — the small movie camera (Ercscam) he shot his first stop-motion film. Scenes like that come off as truly genuine but are boring. Another such scene was from September 16, 1943–the horrors from the war he will always remember, as his town was bombed and there were heavy causalities. This made him a hater of war for the rest of his life. The look in his saddened eyes as he is being interviewed, indicates how he still remembers that day with sadness.

But for all the niceties about him shown and deservedly so, this biography seemed somewhat sterile and unwilling to question a lot of personal things about Demy’s life. It seemed to be bent on being an homage and final goodbye, without the benefit of anything more critical. So we learn nothing of the couple’s relationship, the brain tumor from which he was dying, or the stories circulating that he was bisexual. The film seems as if it was a guided museum tour, that will only show the director’s dedication as a filmmaker and nothing more about the man.

The film begins and ends with Demy on the beach, looking out at the sea and envisioning how his life turned out. It is a film about a boy who knew what he loved to do in life and was fortunate to make a living doing it. This film should inspire others to follow their own beliefs but, unfortunately, it does not have the magical qualities of a Demy film to inspire me to recommend the film to any one but Demy fans. I count myself as a fan of the great director. 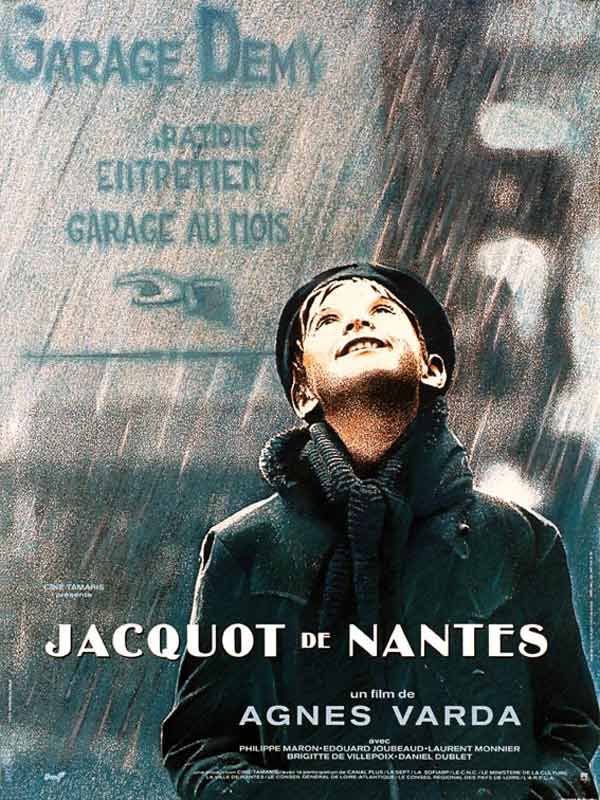