I WOULDN’T BE IN YOUR SHOES

“The film’s ordinariness is overcome by the realistic matter-of-fact way it made its case against capital punishment.”

It turns out that this routine film noir directed by William Nigh, “I Wouldn’t Be In Your Shoes,” is actually about a pair of custom-made dancing shoes used as evidence to convict of murder an innocent but unlucky nightclub hoofer named Tom Quinn (Don Castle). The film’s main plea for justice is echoed by Tom’s sweet dancing partner wife, Ann (Elyse Knox), who cries out in anguish “It isn’t right someone should die on circumstantial evidence alone.” It is based on a story by Cornell Woolrich.

Tom and Ann are having a rough economic time living in NYC and dream of going to California to get some work in nightclubs. Ann works temporarily as a dancing instructor for a dance club, while Tom sulks at being unemployed. While home alone during the evening, Tom gets upset that a cat is at the open window and throws his dancing shoes at it. When he later goes to retrieve his shoes from outside, they are missing. The next morning Tom finds the shoes by his door. In the meantime, a neighborhood recluse is murdered that night and his great stash of old-fashioned money is missing. The investigating detectives find a print of the shoe in the mud by the crime scene and have no trouble tracing the shoe to Tom. Also that same day Tom finds a wallet stuffed with around $2,000 worth of old fashioned $20 bills, the same kind of money the victim possessed. Ann talks him into not turning it over to the police and instead waiting a few days to see if there’s an ad in the newspapers’ ‘lost and found’ sections.

When no one reports the money missing, the couple use the money to go on a shopping spree. Tom is then arrested by one of the investigating detectives, Clint Judd (Regis Toomey), who by coincidence received dancing lessons from Ann and was someone she playfully called Santa Claus because of his generosity in tipping.

Tom is on Death Row and scheduled to die within a few hours when a surprise ending will reveal who is the real murderer. It is through the efforts of Ann, who never stopped believing in her hubby’s innocence, that new evidence is introduced to the police. The corniest scene was on Death Row, where the inmates had the look of angels and one of them even put on a record of Chopin to comfort Tom. The film’s ordinariness is overcome by the realistic matter-of-fact way it made its case against capital punishment. 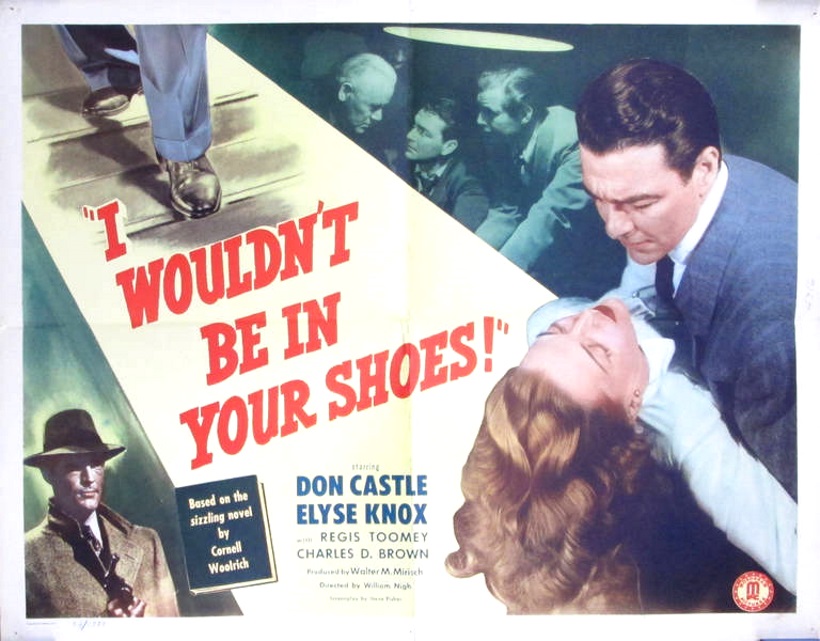