“Resnais and Feiffer make for an odd pairing, as their satire falls almost flat on its face because it lacks wit, charm and sensibility.“

French filmmaker Alain Resnais (“Providence”/”Wild Grass”/”Same Old Song”)directs a goofy movie inspired by a comic strip, that uses cartoon characters to express the real thoughts of the human characters.It’s written by American newspaper humorist writer and cartoonist Jules Feiffer. Resnais and Feiffer make for an odd pairing, as their satire falls almost flat on its face because it lacks wit, charm and sensibility. Everything here turns into a mess, that grows increasingly tiresome and grating as it settles into being an ugly farce that leaves no room for anything deep to say. All the central characters are egocentric, obnoxious and unlikable, which makes it difficult to care about their personal problems and the film’s broader theme of the perceived gulf between French and American culture–one that ends up resolved in a too simplistic and corny way to have an impact.

Snobbish Francophile Elsie Wellman (Laura Benson) leaves Cleveland to study for her masters at the Sorbonne in Paris, and writes her thesis on Flaubert. She wishes to drown herself in French literature and the high arts, escaping from her boorish cartoonist father Joey Wellman (Adolph Green, stage musical star). Elsie’s problem is that she’s not adept at speaking French and thereby never accepted by the locals. Her divorced dad has not heard a word from Elsie for two years, even though she regularly writes her mom. When invited to attend an international cartoonist exhibit in Paris that is exhibiting his work of Hepcat, the xenophobic Joey, who has never traveled abroad before, decides to accept in order to visit his estranged daughter. Joey brings along with him his live-in girlfriend Lena (Linda Lavin), his work assistant, and also brings along his rotten attitude.

In Paris we have to endure a grouchy Joey constantly complaining and whining that the Parisians don’t understand him, and moaning that he wants to reconcile with his daughter and go home; a stiff Lena is trying to tame the monster and make their love relationship at least somewhat believable, but even her patience wears out; the haughty, self-absorbed, womanizing, intellectual Sorbonne Professor Christian Gauthier (Gérard Depardieu), who loves American cartoons and by coincidence happens to be Elsie’s faculty adviser, accidentally becomes the conduit who brings the nasty father and his equally nasty frustrated daughter physically together so they can have a chance to reconcile; Christian’s wealthy mom Isabelle (Micheline Presle), who lives on a palatial fairy tale estate in the country and is annoyed with entertaining her son’s American friends, finds herself helplessly falling for the ugly American Joey (don’t ask why!).

If you believe all that (like why should you!), there’s a masquerade party at Isabelle’s mansion and all the main characters act out their neuroses. They dress up in disguises to spit out in angst their needs to be loved and accepted. By the party’s end, most have learned valuable life lessons to respect the other person and also another country’s culture (or in Elsie’s case, her own country’s culture).

It’s meant to be a poignant, funny and quirky movie on bridging the gulf between French and American culture, but it fails to work for many reasons–with probably the most important reason being that it’s so unpleasant despite trying to be so cutesy. 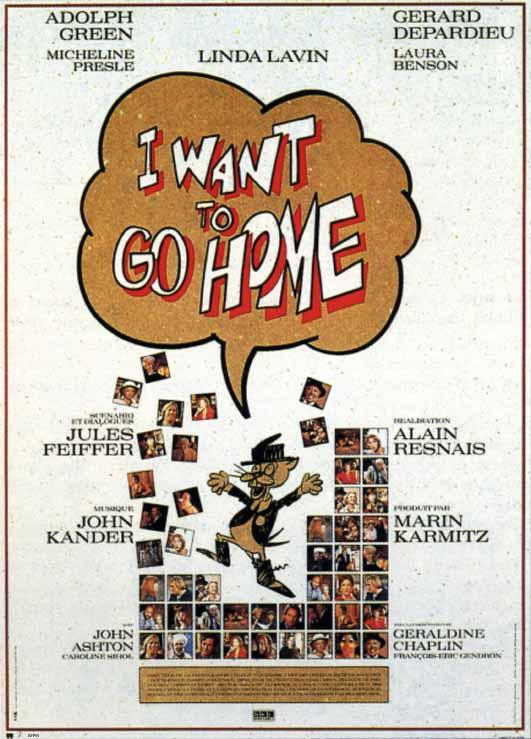