“Despite the timely and topical subject matter, this one just sits there and lays an egg that never poaches.”

A gritty but didactically unappealing Ken Loach (“Sweet Sixteen”/”The Wind That Shakes the Barley”/”Bread and Roses”) directed social-consciousness drama that is one of the noted leftist filmmaker’s weaker ones and that in an unpleasant overbaked melodramatic way commiserates with us over the exploitation of immigrant workers in a cold England but never reaches us where it counts most–in the heart.

Longtime Loach collaborator Paul Laverty frames the story in London and tells it through the eyes of the struggling East End exploiter Angie (Kierston Wareing), an unscrupulous but somewhat sympathetic figure who goes from being exploited to being an exploiter. Angie’s an ambitious thirtysomething pretty blonde single mother who gets canned from a shady fly-by-night employment agency not adverse in using illegals from Eastern Europe and is determined to succeed with the attitude of its all about looking out for No. 1. The feisty Angie meets with the local factory bosses to work out deals of providing cheap labor and partners with her more reserved and cautious black roommate Rose (Juliet Ellis), who maintains a website to attract immigrants and coats their recruitment agency with lofty worker ideals. Rose’s part is never developed, as she’s used here merely to voice Angie’s neglected ethical morality.

Angie is a likable low-life energetically groveling in the mud to deal with factory bosses who are even more sleazy, who are not only interested in getting cheap labor anyway they can but in cheating the workers completely by not paying them for their work. Angie justifies her role in this exploitation, even when using her sex appeal on both the bosses and the immigrants to achieve her aims, by maintaining she does some good because the immigrants need her help in getting work and she’s only trying to make a better life for herself and her troubled 11-year-old son Jamie (Joe Siffleet).

Jamie lives with her parents, and is in a jam because he savagely beat a student in his school. Angie’s elderly working-class father, Geoff (Colin Coughlin), is a proud union man and feels disgusted with his daughter and the unsavory way she is trying to earn a living.

For Loach the real culprits are everybody who remains silent, those who participate in exploiting the vulnerable immigrants and in the hypocritical nature of the system; while the immigrants get a bad press and receive the ire of many Brits who only see them as stealing their jobs despite their unfair low wages, no health benefits and often doing the work the locals don’t want to do. These are hot-button issues that must be addressed in the real world in a fair way and not be swept under the rug by the politicians or mishandled with inappropriate responses to satisfy their liberal or conservative bases. Unfortunately the political film never reaches any exciting drama to add anything fresh to a situation that has only worsened over the years or give one hope that there is any answer. There’s little to recommend to justify the viewer sitting through such a grim soapy tale. What we get is some decent acting and a story that fizzles instead of sizzles. Despite the timely and topical subject matter, this one just sits there and lays an egg that never poaches. 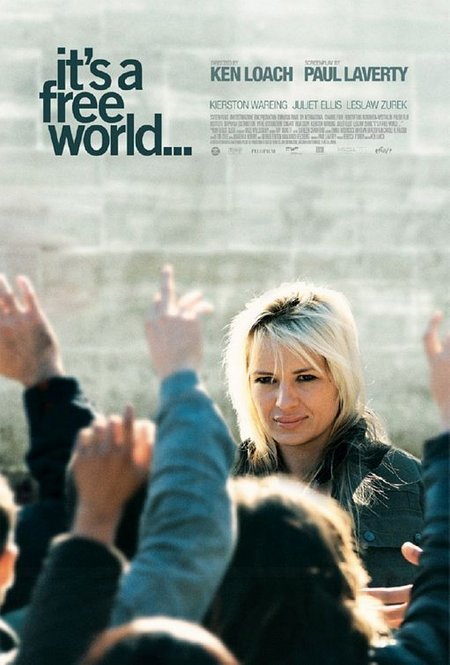 ROBERT FROST: A LOVER’S QUARREL WITH THE WORLD

WIND WILL CARRY US, THE