“Less lively than the original.”

Sequel to It’s Alive (1973), that was followed in 1987 by the third leg of the trilogy It’s Alive 3: Island of the Alive. Director/writer/producer Larry Cohen’s (“God Told Me To/Demon”/”Full Moon High”/”Q – The Winged Serpent”) sequel loses some of the freshness, scares and snap of the original, as the killer mutant baby problem now becomes widespread across the country and two opposing fanatical groups square-off against each other. The anti-mutant baby squad is government sponsored and is led by Mr. Mallory (John Marley) and his team of police and doctors who kill babies upon delivery; the militant pro-life baby squad is privately sponsored and is led by activist Frank Davis (John Ryan) and his smaller team of doctors (Dr. Perry and Dr. da Silva) who try to rescue the killer babies and raise them in seclusion under ideal laboratory conditions. Frank was the first man to ever father a killer baby and still has not forgiven himself for taking his own baby’s life, and now wants to stop other fathers from making the same mistake.

The action now takes place in Tucson, Arizona, where Frank turns up at the baby shower of young attorney Eugene (Frederic Forrest) and his self-sacrificing wife Jody Scott (Kathleen Lloyd), who gave up her law studies for motherhood. A weird acting Frank warns the couple that all signs point to the fact that they are about to give birth to another of the mutant babies and their pediatrician, Dr Forrest (Eddie Constantine), is working with a well-organized group that will kill the baby upon delivery. Telling them further that the baby can only be saved if they ask for his help.

In a daring killer baby rescue, Frank pulls a gun on Mallory in the hospital’s delivery room to take Jody out to a van where she delivers the mutant (naked in a rubber suit) while chased by the police. The pro-life group then bring the baby to a secluded compound in Los Angeles and raise him with two other mutant babies in their possession. The scientists see these mutants as an evolutionary advancement for humanity (because of their super-intelligence and super-strength) that could possibly save the human race from extinction in the future. When the Scott baby injures one of the scientists and goes on the run, the government baby squad gets the brave Scotts to live in an isolated home to lure the baby there while the team waits in ambush.

This version is less menacing, less effective and less lively than the original. Also, its pro-life points seem rigid and muddled while the opposite side act as if fascists. It was hard to make too much of its inane social commentary and even harder to enjoy that much a film that never amounts to being more than a glorified horror film, only one that makes a big deal over a baby’s right to be born no matter what but can’t close its argument with a definitive statement. In its telling conclusion, the Scott baby must also go down like Frank’s when it dangerously can’t trust anyone but its parents and will strike with its claws at anyone who gets in its way. 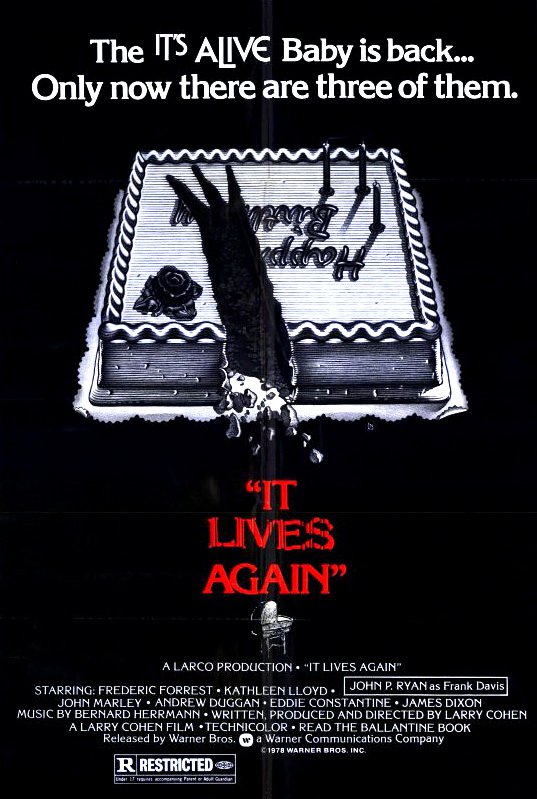