The 27-year-old Jamil Said (“Byromania”) has put together an illuminating documentary about a small group of worshipers in Greece (probably around a few thousand, though no names or number of members were mentioned because they face discrimination) who have since 1996 begun serious efforts to rescue their ancient religion of some two thousand years ago from extinction. The ‘group for the ancient religion of Greece,’ as they are called, worship the 12 gods of Mount Olympus (the site of the throne of Zeus), and meet at their own risk both in private and public to celebrate rituals, conduct prayer sessions and observe important events to the 12 gods (Zeus, Hera, Poseidon, Hades, Demeter, Hestia, Apollo, Artemis, Ares, Aphrodite, Athena, Hermes and Hephaestus). In one such public event, the group sacrifices food to the gods, chant songs and dress up in togas to recreate how their ancient relatives might have worshiped. We learn from one professor of ancient history that the Greeks created the gods, and they were very human: “more symbolic than the truth.” From a psychologist, we are told that people “need to belong to a group” and religion is a way for them to form a community. Which might explain why there’s a sudden return to pagan worship and an urgent calling by this group to return to their distant past. Some say they are not comfortable with the modern Orthodox Christian religion; especially, since in Christianity there is only one God while in their worship there are many–which suits their beliefs.

The group is largely unnoticed by most of the Greeks interviewed in the street and would probably be totally unnoticed but for the fact they are denied a legal status as a religion in a country that is a democracy (Ummm!), and this fight now taking place to get acceptance under their restrictive constitution has received some press. Mr. Said’s film does a good job of getting to the bottom of the brewing religious controversy that is in its embryonic stages and with providing us with enough information to refresh our memories about some of those ancient gods. Though there were too many gods to cover all of them– we still got a glimpse at how individuals, from all walks of life, choose their own favorite personal gods and can worship them in an unorthodox way or according to traditional laws.

The roots of the group’s non-threatening ancient pagan practices goes back deeper than Christianity, in a country that is 98% Greek Orthodox Christian and a little less than 2% Muslim. This pagan (from the Greek word “pagos,” which means “rural”) group so far doesn’t have the right to exist because the government, pressured by the Christians, has not approved them. These worshipers have been persecuted since ancient times and in modern times ignored because hardly anyone knew that such practices were happening. But, astonishingly, even though they represent the “real” Greeks, they are not made welcome by their countrymen and, sadly as expected, are completely rejected by the priests.

The filmmaker spends a lot of time with an Englishman named James (no last name is offered), who over the last 12 years has set up a residence in Delphi to worship Apollo at the site of his temple. We witness him as the oracle asking the god to respond to a question a young tourist woman from the city has asked. The answer, with divine intervention, comes back with a similar rational response one might expect from any good adviser, except the adviser doesn’t have to dress up in ancient garb, say prayers and sprinkle incense over the sacred temple grounds to get his answer.

What the documentary clearly shows, whether it intended to or not, is how even a great religion of the world like Greek Christianity doesn’t practice the tolerance it preaches and how religious strife is still as ugly as ever, though in this case the Zeus worshipers express no negativity to their persecutors: they only wish to worship the way they choose to. Now, that doesn’t sound too outlandish! But evidently it is for those who are entrenched in power and are afraid of those who are free thinkers, reminding those with good memories of the trial Socrates faced for freely expressing himself. 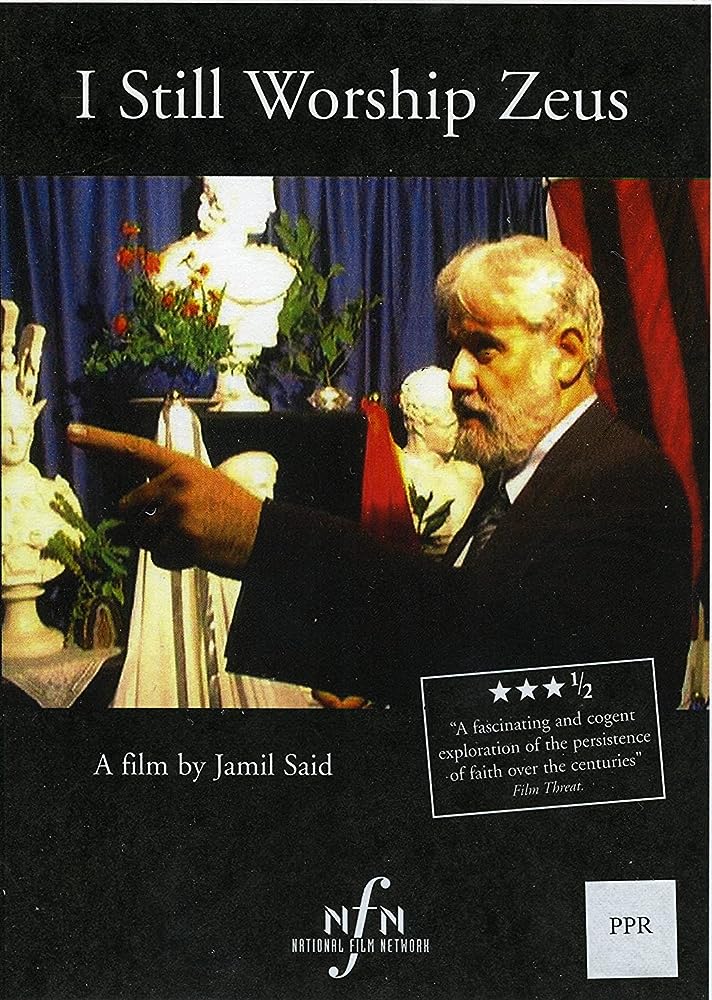