IS MY FACE RED?

“The Cortez character was never likable and his reform wasn’t convincing, but his characterization as a glib slimeball was spot on.”

William Seiter (“A Lady Takes A Chance”/”Belle of the Yukon”) smoothly helms this adaption from the play by Ben Markson and Allen Rivkin. The screenplay is snappily written by Casey Robinson. Ricardo Cortez plays Bill Poster, a wisecracking Manhattan based Walter Winchell type of gossip columnist. He’s driven by the limelight, more interested in getting a scoop for his Daily Gazette column than caring if he stepped on someone’s toes. The scandal-chasing cad proudly tells us “I am a mirror reflecting the spirit of the times.” For the last five years Poster has been dating Broadway chorus girl Peggy (Helen Twelvetrees), who feeds him showbiz gossip. On one such tip, Poster secretly hops on the yacht of socialite heiress Mildred Huntington (Jill Esmond) and charms her into not going on her European tour to be with him touring Broadway. On his next tip he witnesses the venal Italian politician Angelo Spinetti (Fletcher Norton) knifed to death by Tony Mugatti (Sidney Toler, best known for playing Charlie Chan), in his speakeasy. Even though his rival columnist from the Examiner, Ed Maloney (Robert Armstrong), was in Tony’s speakeasy he gets tricked into leaving when Peggy calls his wife and he rushes home. The murder is a front page exclusive, that fares well with Poster’s boss (William B. Davidson). The cad returns Peggy’s loyalty by giving Mildred the engagement ring he takes back from Peggy. As expected, the wise guy reforms after he gets taken down a few notches in a few incidents and ends up again with a forgiving Peggy. The Cortez character was never likable and his reform wasn’t convincing, but his characterization as a glib slimeball was spot on. 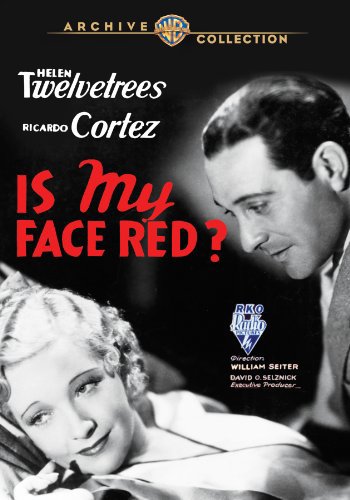