“The wooden Tab teamed with the steamy Linda as love birds never registered as credible.”

An attractive Canadian nurse, Lt. Elizabeth Smythe (Linda Darnell), and a young American hunky marine corporal, Michael J. ‘Chicken’ Dugan (Tab Hunter), are on a hospital ship during WW 2, when they are torpedoed and left as sole survivors. They find themselves marooned on a South Pacific island, living among the natives. Eventually they overcome their initial hostility to each other and fall in love. Their bliss is interrupted when they are joined by a third party. He’s the British Royal Air Force pilot, William Peck (Donald Gray), whose plane crashes in the nearby jungle and the couple rescue him. Liz uses her nursing skills to amputate the pilot’s arm that was crushed during the crash.

The location shots in Jamaica are pleasing to the eye, but the wooden Tab teamed with the steamy Linda as love birds never registered as credible. 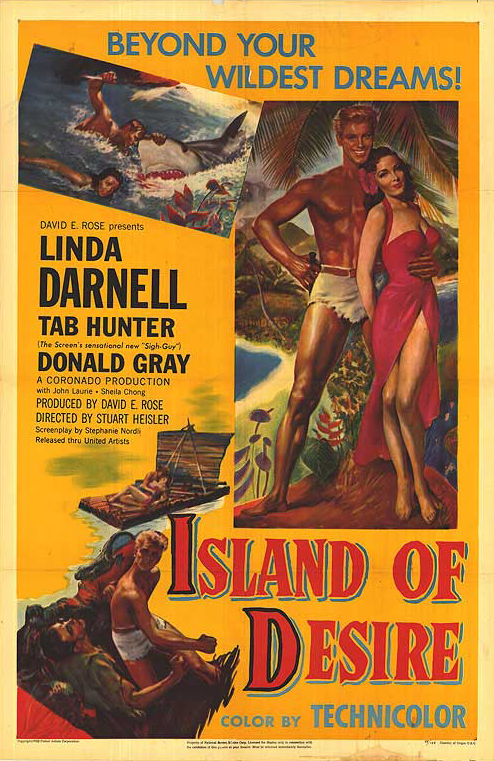