“A peek through Iran’s veil.”

Thierry Michel’s timely documentary, “Iran, Veiled Appearances,” is about the aftereffects inside Iran after the 1979 Revolution. It’s a gripping look at life in contemporary Iran that includes newsreel footage of the hated Shah and the beloved Ayatollah Khomeyni. Its aim is to contrast the fundamentalist’s oppressive regime with the yearnings of those who demand more freedom. Michel in his narration mentions that he came to Tehran to try and grasp the ideas behind the Islamic revolution. He finds that the aims of the revolution are corrupted and the country is divided between the traditional-minded fundamentalists and many of the youths and intellectual classes who want modernity and the freedom to express themselves openly.

The film opens to a moving funeral ceremony for a writer and free speech activist, Mohammed Mokhtari, the latest victim in the Islamic regime’s war against dissenters. To understand what the Revolution of 1979 meant when it ended separation of church and state, Michel begins by questioning a young fundamentalist cleric. He explains that the head of the Islamic government is considered a Guide, and he is obligated to hold the law up to religious dogma that is to be followed by everyone without dissent. This type of government is in opposition to a dictatorship like the Shah’s, who is only concerned with his personal interests.

Michel gives a brief history lesson that includes the lionization of martyrs in the 1981 war with secular Iraq, which lasted 8 years and where 2 million died. There’s also newsreel footage of the outpouring of love at Ayatollah Khomeyni’s funeral procession that drew 10 million to the more recent political liberal protests started at the universities.

It’s a film of contrasts between the two opposing sides, each side frustrated by the other. The young people don’t understand how the older generation could have allowed such an oppressive revolution. A fundamentalist woman tries to explain that the veil is not a symbol of oppression but a form of protection so that the woman cannot be looked at with desire. There are shots of religious worship inside a mosque marked by slogan chanting and the rhythmic chest pounding of the fundamentalists to the ancient prophets, which is contrasted with a theater dance workshop where young students pounding their chests are instead taught “Free yourselves.”

The film gets heavier when it shows how hard the regime comes down on protesters, with many vanishing. A student leader, Ali Afshari, during the college uprising is forced under duress to recant his views on TV but later says he will still challenge the Guide even if it means a long prison sentence. Michel clearly shows Iran as a country that is brainwashed by religion and conformity, where there’s a price to pay if you speak your mind. Protesters are routinely put in jail and held without charges, even though the authorities say there are no political prisoners. Säid Hajarian was an influential government official under the secular but powerless president Khatami, and the price he paid for speaking out for reform was that government terrorists, the militia, crippled him.

The final shot is of a women’s club of parachutists dressed with religious head coverings, who go out to the country to free-fall from the side of a mountain just to experience the exhilaration of freedom.

Aside from the underbelly of turbulence taking place and the call from some quarters for change, it’s difficult to get a handle on what is really happening in such a secret country. But the filmmaker by showing real faces clearly illustrates that there’s a generational and conceptional split in the once unified theocratic country.

The documentary is more of an educational tool than a means of entertainment, as it gives the outsider a better idea of the lay of the land and some needed food for thought. The biggest criticism is that it fails to say something more penetrating about the current tenuous situation than just giving us a peek through Iran’s veil.

The film was sponsored by Sundance. 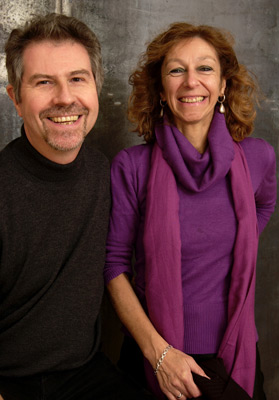