“A competently made but losing gambling B film crime drama.”

A competently made but losing gambling B film crime drama. Harry Lane (Don Castle) is picked up by the cops for the murder of con man Roy Hanford (Arthur Space) while in the vic’s hotel room and possessing in his trench coat pocket a loaded pistol.

In flashback we learn the details of what happened, as the accused killer Lane tells his story to the DA. It all begins when Lane returns from the war and gets back his civilian job assisting big-time bookie Marty Floyd (Edward Keane). Sent by the bookie to deliver $20,000 to a woman in Vegas, Lane, while waiting for her in the casino, foolishly gambles with her dough and loses $5,000. Lane then meets Richard Gaines (Richard Elsworth), posing as a mining engineer, and he works a con to take $10,000 of that money from the gullible Lane. Lane catches up with the con man before he can escape, and in a tussle the con man is accidentally killed. When the dough isn’t on him, Lane discovers it was sent to Denver and goes there posing as Gaines. When he’s met by Gaines’ unhappy wife Mildred (Virginia Christine) he flees and is pursued by her crooked partner Roy Hanford, who when he catches up tries to blackmail him but is killed by the cops. Because there’s no proof Lane did anything wrong, he’s released. In the meantime Mildred and him fell in love, and in the end they go off together to St. Louis.

Director Eugene Forde(“Charlie Chan on Broadway”/”Backlash”/”Jewels of Brandenburg“) would do better in the many Charlie Chan films he directed, where he seemed more at ease with the material.

The film is based on a story by Howard J. Green and Paul Frank. The screenplay is written by Arnold Belgard. 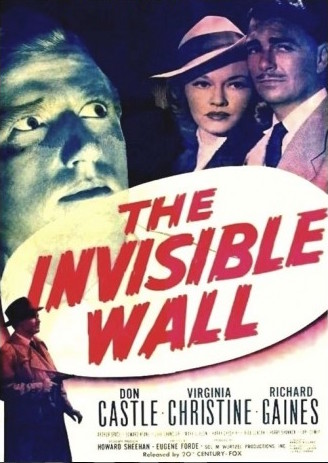