“Does capture the true spirit of the adventure.”

This is Sean Penn’s (“The Crossing Guard’/”The Pledge”/”The Indian Runner”) fourth film as writer-director, and one of his better directorial efforts. It’s from Jon Krakauer’s poignant 1996 nonfiction bestseller about a privileged 23-year-old Emory college grad named Christopher McCandless (Emile Hirsch) who walked away from his family and the materialistic rat race to attempt to follow Lord Byron’s poetic advice to be inspired by nature. The adventurous McCandless after graduation in 1990 gives away his $24,000 nest egg to charity (Oxfam International), eschews Harvard Law School, rips up all his plastic and identity cards, breaks off any contact with his unhappily married overbearing NASA designer father (William Hurt) and doting businesswoman mother (Marcia Gay Harden) and loving younger sister (Jena Malone), and ventures off as a missing person, taking the pseudonym Alexander Supertramp, who is as penniless as a tramp and seemingly as happy as a bump on a log. He goes on foot hitching rides and by hopping on freight-trains, in a strange two-year quest that took him to the following diverse places: the wheat fields of South Dakota, a wild unauthorized kayaking trip down the fast-moving rapids of the Colorado River by the Grand Canyon to Mexico, to a one night stop-over in a mission shelter in the slums of Los Angeles, to a hippie retreat in Slab City, California, to the Salton Sea and eventually to his untimely death in 1992, at the age of 23, in the Yukon Territory of Alaska after accidentally ingesting a poisonous plant and presumably dying of starvation (his body was discovered a few weeks after his death in an abandoned Fairbanks City Transit System bus outside Alaska’s Denali National Park). The kid survived alone in the bitter Alaska elements for 112 days.

Along the way the charming McCandless, with the good fortune of bumping into all good-hearted souls, found the solitude, inner reserve and peace he was looking for to reach manhood and gain insights into life he didn’t think it possible for someone to get by taking a safe career path. It’s romanticized into fairy-tale credibility, showing the sweet kid as a “holy fool” who can attract a 16-year-old folk singing sweetie pie (Kristen Stewart) to willingly give him some tail that he respectfully declines because she’s underage and he has only room in his head for living in purity in a barren Alaska without money. Others charmed by the ‘I want to be alone’ kid with a possible Jesus complex–who is suspect of being unbalanced because his journey might be about his need to run away due to his inability to relate to his bickering parents–are an elderly, lonely, retired widowed military man (Hal Holbrook) living alone in the California desert, who wants to adopt him; a happy-go-lucky boisterous grain operator (Vince Vaughn), who offers him moral support; and, a kindly hippie couple (Catherine Keener & Brian Dierker), who take him into their bosom.

Whatever you might think of McCandless’ ultimately doomed odyssey, living out for real in the wilderness a Jack London and Henry David Thoreau nature trip, Penn in this leisurely paced but overlong film (too many of the characters met on the road seemed like ciphers needed to make plot points–the exception being Holbrook), does make it enjoyable, succeeds in dubbing the kid as a saintly figure with a pure heart and does capture the true spirit of the adventure no matter how foolish it might seem to others. Penn fills it with many splendid small touches that hit on the soulful mood that allows one to accept that the kid found what he was looking for in his short but happy life no matter how reckless his journey proved to be.

The kid’s trip was honorable because he was a decent young man, intelligent, introspective, obsessively determined to find for himself his rightful place in the world, and capable of loving others and nature without wanting to cause any more trouble to an already troubled world. I found it easy to accept the film on its own terms even if it offered nothing critical about the kid’s trip and just ignored the way he ran away from his family without concern that they might be worried about his safety. Its gentle voice calling for youth to be served and to do their own thing in the name of finding freedom, came across as what the kid’s mantra was all about. The kid’s story seemed like “a religious experience,” that for the most part felt genuine and overrode how bizarre and questionable it would be to those who can’t accept risk-takers who go off the beaten path to find their wisdom and reason for living. 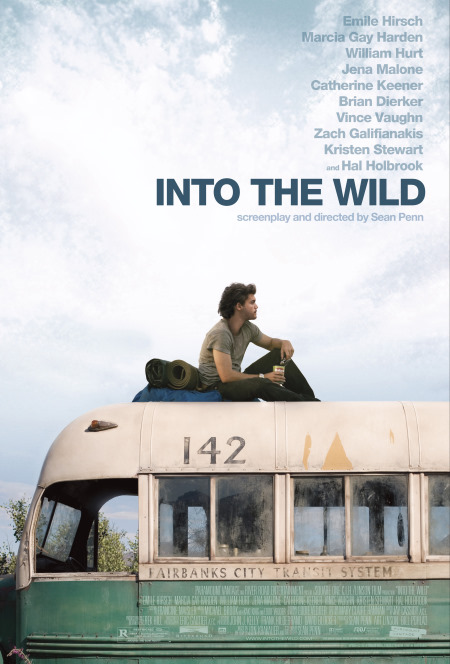