This marvelous little unpretentious well-observed humanistic film, a great example of the short-lived Czech New Wave, was filmed behind the Iron Curtain when the Soviets relaxed their censorship. It was the first and last feature film Ivan Passer(“Cutter’s Way”/”Born to Win”/”Law and Disorder”) directed in his native Czechoslovakia. Passer, who co-wrote with director Milos Forman, defected with his friend to Hollywood in 1969 when the Soviet repressions returned.

Peter (Zdenek Bezusek) left his hometown country village a long time ago to achieve success as a cello player in the Prague orchestra. His violinist friend Bambas (Karel Blazek) remained in the village to become a music teacher. Both young men, in their late twenties, now have vastly different lives outlooks. Peter visits with his playful and beautiful fiancee Stephie (Vera Kresadlova, Milos Forman’s second wife). They stay in Bambas’s crowded cottage, where he lives with his plump wife (Jaroslava Stedra), their three noisy youngsters, the athletic granny (Vlastimila Vlkova) and the homemade brewer fun-loving grandfather (Jan Vostrcil).Peter is scheduled to give a concert with the local orchestra, but we never see that. We instead follow how the two friends spend a day together catching up on their lives, and after a drunken evening reminiscing together the film ends the next morning with a hen sitting atop Bambas’ garaged car.

Nothing important happens, as during the day they eat a big meal, attend an old-fashioned country funeral, a retired pharmacist (Karel Uhlik) visits to play with the guest and family members a chamber piece and in the evening the friends get soused on grandfather’s home brew. In the short time I got to know all the characters, and felt the film’s tenderness. I was also impressed with its call for finding one’s identity and its acceptance of change. The lighthearted comedy left a good impression on me, I simply fell in love with it. 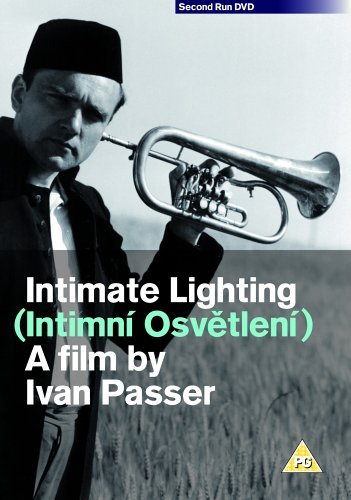