“A clever work of realistic fiction.”

TV director Armando Iannucci, whose BBC series The Thick of It inspired this film, directs and cowrites this acerbic rapid-fire political satire that has BBC fingerprints all over it. It’s a writer’s film, as the script by cowriters Tony Roche, Simon Blackwell and Jesse Armstrong is a clever work of realistic fiction.

When the new vain and slightly idealistic British cabinet minister of international development Simon Foster (Tom Hollander) tells a BBC radio interviewer that war in the Middle-East is “unforeseeable,” that accidental backing of military action remark gets the British Prime Minister’s director of communications Malcolm Tucker (Peter Capaldi) into a holy rage. The vague statement hits a wrong note with the chaps at 10 Downing Street, who are trying to downplay they are siding with the American administration to invade Iraq. The joke is that this minor official’s bumbling foot-in the-mouth statement pushes him onto the national stage and the press tries to draw him out further while his bosses try to rein him in. Also involved in this situation are Simon’s managerial communications director Judy (Gina McKee), who finds that Simon’s new aide, Toby (Chris Addison), is her rival as Simon’s handler.

The nerdy Simon is invited to Washington, D.C., and it becomes up to him to see if he can stop the poisoned-tongued Tucker from being a spin-doctor who rigs the vote in the U.N. to go to war. There Simon and Toby are used by the assistant secretary for diplomacy, Karen Clarke (Mimi Kennedy), to put the brakes to the rush to war. Liza (Anna Chlumsky) is the ambitious dovish intern to Clarke, who was Toby’s college girlfriend, and who the clueless Toby is asked for the good of the team to once again begin a relationship so they can be on top of what’s happening on the inside. Pentagon bigwig General Miller (James Gandolfini) is dovish on the war and allies with his former girlfriend Clarke to fight a rear-action attack on the hawkish insiders.

The intelligent political satire focuses on a bunch of incompetent empty suits talking big, guarding their own interests, and making big decisions for the world in such a facile way. It shows these politicos up for their duplicity and how morally bankrupt they are. Nothing new here about how the power game works, but for a while it had some energy as it peppered us with their salty talk and cheeky attitudes and by astutely mixing absurdities with keen observations. After so much of this onslaught, the film became draining and just too smartass for its own good. It seems more like an hour TV show than a feature movie. 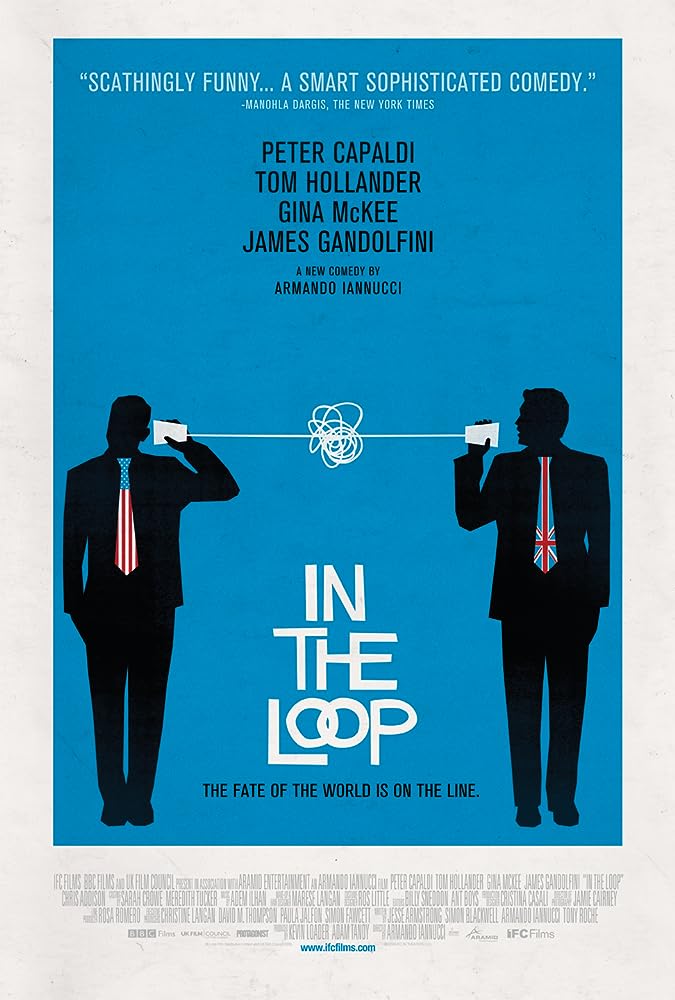