IN THE LAND OF THE HEAD HUNTERS

“The early cinema landmark film is worth seeing for both film buffs and followers of Native American culture.”

A curiosity piece from the days of the silents. The early cinema landmark film is worth seeing for both film buffs and followers of Native American culture. In 1911, the gifted Northwest photographer Edward S. Curtis(1868-1952) came to Vancouver Island, British Columbia, to do research and take pictures of the traditional native tribe of the Kwakwaka’wakw. Curtis ended up making for posterity a movie of their lifestyle, but did so by fabricating a tribal warring love story. The film’s first disc is entitled “In The Land of the Head Hunters” and the second disc is entitled “In the Land of the War Canoes.”

This historically significant film was made over a period of three years, and documents this particular Native American world before it was to vanish. The cast is entirely Native American and the traditions uncovered are said to be authentic (such as rituals, ceremonial dances and chanting), but their village sites were altered and a fictional head hunter war story is added to spice it up to be more melodramatic. In some scenes, it even substitutes the beaches of LA for the tribal villages. The tribe fully co-operated in this project. Of note, it was the first feature-length film to exclusively star Native North Americans.

Though greatly impressing the critics, the film bombed at the box office. It was all but forgotten. But in 1973, using a copy found in 1947 in a Chicago dumpster and given to Chicago’s Field Museum of History, it was re-edited by Bill Holm and George Quimby and re-released. The disc entitled “In the Land of the War Canoes,” played for forty minutes.

Warning: spoiler alert in the next paragraph.

Curtis’s film is an exciting adventure story. The young man Motana, the son of his village’s tribal chief, Kenada, is going through the spiritual tribe ritual for manhood on the desolate Island of the Dead. During this ritual, he must get on his own a whale and a sea lion while achieving supernatural powers. While in retreat Motana meets a beauty from another village, Naida, the daughter of neighboring chief Wakeda, and falls in love with her. The problem is Naida has been promised by her father to an evil sorcerer. As tribal custom goes, if Motana can bring back that sorcerer’s head, he can marry the girl. This will prove to be no easy task, as the jealous elderly sorcerer orders his daughter to steal a lock of Motana’s hair and his cedar neck-ring so he can place on him a death curse. The second disc depicts how Motana was saved from the curse by the sorcerer’s lovelorn daughter and that Motana married Nadia after he achieved his end of the bargain. It ends in savage tribal warfare, with the hero taking back, in a daring war canoe rescue, his kidnapped wife from Yaklus–the brother of the dead sorcerer.

The film seen in this DVD was recently restored by UCLA film & Television Archive, The Field Museum of Natural History, Milestone Films, Modern Videofilm, Brad Evans, Aaron Glass and Andrea Sanhorn. It has been selected for the National Film Registry by the Library of Congress.

Milestone Films include both discs in their DVD package. 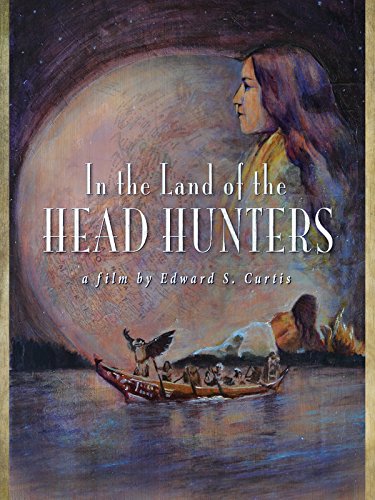