IN THE ELECTRIC MIST

“Despite its missteps, I thoroughly enjoyed the thriller.”

Noted French director Bertrand Tavernier (“Round Midnight”/”A Sunday in the Country“), in his first American feature, does a decent job on this complex suspense story based on the 1993 novel by James lee Burke. He uses the local atmosphere to keep things haunting and the colorful characters are all fully developed. But he loses his grip trying to go with the many directions the story pulls at, as it veers between past and present with too many subplots to ponder.

It’s written by Mary Olson-Kromolowski and Jerzy Kromolowskii, who update it for modern times by bringing Hurricane Katrina into the mix, as the survivors are still recovering from its destruction.

In the States, ‘Electric’ never received a theater release and was released only on direct to DVD. while abroad it had a theater release and mostly good reviews. Tommy Lee Jones, perfect for the role, narrates with a voiceover. It centers around the quest for truth by the grizzled New Iberia, Louisiana sheriff detective Dave Robicheaux (Tommy Lee Jones), married to the supportive Bootsie (Mary Steenburgen) and with a sweet adolescent daughter named Alafair (Alana Locke). Dave’s a recovering alcoholic, who defies temptation by ordering booze at a bar and not drinking it. After investigating in the swamp the brutal murder of a local young hooker, in town Dave is set to arrest an alcoholic Hollywood film star Elrod Sykes (Peter Sarsgaard) for drunk driving, The actor is here to shoot a Civil War movie and is accompanied by his attractive actress girlfriend Kelly (Kelly Macdonald). The star talks his way out of being arrested by showing Dave where a decayed corpse has just surfaced in the swamp because of Hurricane Katrina. It’s the body of an escaped black prisoner in chains, who was murdered in the swamp. As a coincidence Dave witnessed the incident back in the 1960s, when he was a teenager, and never forgot it. The body was buried by the 1965 Hurricane Betsy, and no one investigated the prisoner’s disappearance because of indifference. Dave thinks there’s a link between between the hooker’s torture death and the escaped prisoner’s death, and works both cases. Dave suspects the local mobster boss, ‘Baby Feet’ Balboni (John Goodman), his former friend from childhood, may be behind the killing since he traffics in prostitution among his legal businesses-such as investing in films. Dave’s police chief calls the FBI to help, and the feisty Mexican agent Rosie Gomez (Justina Machado) partners with Dave to see if they can pin a number of prostitute and runaway girl killings that have recently occurred in the area on the cocky gangster. As Dave investigates, other suspect characters popping up are the sleazy sugar mill owner and movie investor (Ned Beatty), a crooked highway cop double dipping as security head (Bernard Hocke) for the film shoot, and a helpful former jailer (James Gammon). When Dave’s soft drink is spiked with LSD at a birthday party for the movie’s director, the ghost of the philosophizing Confederate, General Hood (Levon Helm), appears and the two converse as kindred spirits.

Twice afterwards, when no longer stoned, the general’s ghost appears as a figment of his imagination and they have more insightful conversations. The general says such tidbits as ‘War is never over.’ How Dave, at a risk to himself, his daughter, his deputy (Pruitt Taylor Vince) and the visiting actress, tracks down the sneaky killer and brings him to street justice, while the FBI nabs the oily mobster on tax evasion charges, is filled with typical action film sequences.

Though the ending was on a false supernatural note (copying Kubrick’s ghost photo in The Shining, by having Dave seen by his kid posing in a Civil War photo album with the general), at least the story was visionary, the linking of past violence with current violence was thoughtful, the reflections on race relations seemed perceptive and the high-concept film was brilliantly acted.What is bothersome, is how muddled it was when not going for pat conclusions about the serial killer case and how it seemed to flounder when left too long in the mist. Nevertheless, despite its missteps, I thoroughly enjoyed the thriller. 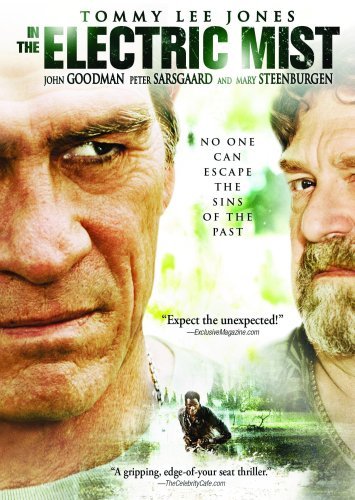