A suspenseful melodrama about a nervous guy who is haunted by a dream of murdering his mistress. It’s good in parts, but it fails to deliver a credible resolution in its surprise ending.

John North (Richard Todd) is an unsuccessful author who is having an affair with the wife of his alcoholic newspaper editor, Jerves Wilding (Alexander Gauge). He plans to runaway to London with Susan Wilding (Christine Norden) by train. On the train, he changes his mind and pulls the communication cord and jumps off at his home stop. But his actions cause a sudden stop and a deadly crash in which his lover is killed. Hence the title, Interrupted Journey.

North is visited by a railway detective, Mr. Clayton (Tom Walls), who suspects him of being on the train and pulling the cord. He shows the Norths a notebook he found in the wreckage of a private detective following Susan, and it details his relationship with her. North’s also told that Jerves was on the train and was also killed.

North finally, in confidence, confesses to his wife that he was going to runaway with Susan but changed his mind. In flashbacks we see the conflict over money matters he is having with his wife and how she wants him to write at night as a hobby, but to take a steady daytime job in her father’s chemical factory.

One of the twists in the plot comes when Clayton tells him that they discovered Susan was shot in the back and he’s now suspected of murdering her. They find the gun used to kill her in his garden pond and come to arrest him. But he eludes them, and on a hunch goes to the hotel room he was going to stay with Susan. There he meets Jerves, who faked his death and framed North. The film comes to a trick ending when Jerves is about to shoot North.

It is interesting to note that the supportive wife is played by Valerie Hobson, whose patience and support came to a test in real life when she stood by her husband John Profumo during the British Parliament sex scandals of the early 1960s. 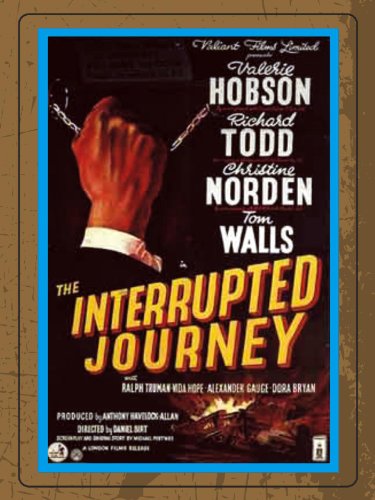