INAUGURATION OF THE PLEASURE DOME, THE

“So arty, so weird, so magical, so trippy and so gay.”

Experimental filmmaker Kenneth Anger (“Fireworks”/”Lucifer Rising”/”The Man We Want to Hang”) directs this sensuous mouth watering madman ritualistic costume party that’s so arty, so weird, so magical, so trippy and so gay. It’s dedicated to the chosen few. The film is based on one of black magician Aleister Crowley’s (Anger was a follower of Crowley) dramatic occult rituals where the cult figures smear on heavy doses of pancake makeup and don costumes to assume the identity of a god or a goddess. At this festive ball, which is deliciously filmed, a pretty young boy ends up violated by the intoxicated guests. It’s Anger’s perverse version of “people who take communion and one sees through their eyes.”

Anger has said the dialogue-free film was inspired by a Halloween party at which guests were invited to “Come As Your Madness.”There gathered a group of bohemian friends of the filmmaker at the home of Hollywood recluse Samson De Brier (with the most famous being the free-spirited novelist Anaïs Nin and the cult director Curtis Harrington) and they recreated the campy occult ritual. 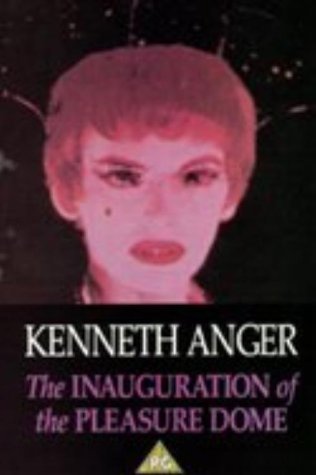