Debut film as director for writer/director Evan Richards, former child actor, is a cute, quirky and precocious indie romcom that’s set in London. It tells an unexpected love story, that’s let down with a few awkward contrivances for its set pieces but is revived with some good acting and worthwhile life lessons dished out on dealing with bullies so they don’t ruin your life.

Ashley Brandstead (Lorraine Pilkington) is a struggling young musician who works in a sandwich shop to pay the bills. Her day gets off to a bad start when informed the shop is closed and while waiting at the bus stop to take the bus home, a well-dressed but creepy guy (Nolan Hemmings) speaks dirty to her and when she walks away from his sexual come-on he tosses a cup of hot coffee on her. While going to a nearby grocery store to buy paper towels to clean-up, she’s approached by regular sandwich shop customer Michael (Finlay Robertson). He tells her he’s a graphic designer and endears himself to the upset girl, and talks her into getting her head together over a cup of tea. Convincing her to trust him, Michael takes her to an expensive private boutique and buys the reluctant Ashley some designer clothes and then to a fancy restaurant for a gourmet lunch. Michael then treats Ashley to a styling at a fancy hair salon. Afterwards they go to his depressed and bitchy day-care teacher sister’s (Rose Keegan) house to give her an unappreciated designer clothing present for her birthday.

The mysterious Michael says he will try to fulfill any one request Ashley wants, and she asks him to buy a saxophone for her busker friend (Jake Broder) who recently lost his instrument. As the unexpected pleasant day draws to a close, they run into the obnoxious coffee thrower at a bar and Michael finds a way to humiliate him without any violence. At last, Michael tells her why he’s acting like an angel and his surprising revelation upsets her greatly. The climactic scene ties everything up in a pretty bow. Though enjoyable in spurts, it was a bit too gooey for my sensibilities. 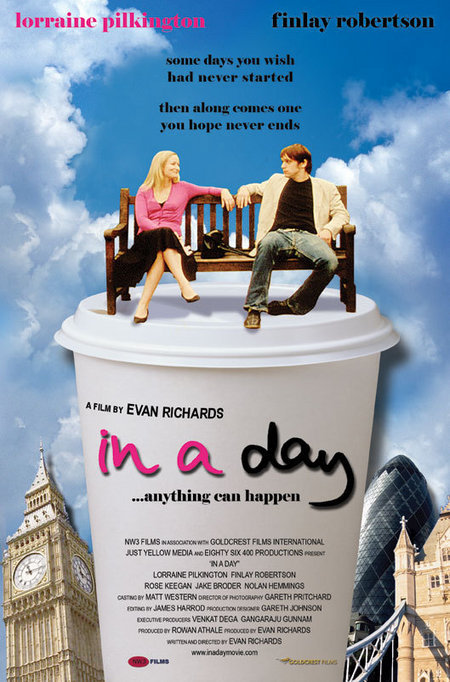