“A middle-brow work posing as an art film.”

I’m Not Scared is based on the internationally acclaimed novel by Niccolo Ammaniti and is directed by Gabriele Salvatores (“Mediterraneo”, 1991 Oscar-winner for Best Foreign Film). This coming-of-age drama and thriller is set in a remote farming village in southern Italy, in 1978 (a time of social unrest, high unemployment and many ransom kidnappings). It’s a tale about a desperate kidnapping for ransom and a boy who stumbles upon the kidnapped boy but doesn’t know how to help except to converse with the youngster and get him water and bread and show that he cares.

Michele (Giuseppe Cristiano) is a secretive, hearty 10-year-old spending his summer vacation with a few of his peasant friends playing childish power-control games around an abandoned farmhouse surrounded by fields of golden wheat some distance from his house. Reacting against his peer group leader’s cruelty, he chooses to do the virtuous thing despite the dangerous consequences and take a punishment intended for a pudgy girl who complains she’s always the victim. When he loses his younger sister Maria’s glasses while returning by bicycle from that game, he retraces his route and recovers them atop a trapdoor of corrugated tin near the farmhouse. When he opens the trapdoor expecting to find a buried treasure, instead he discovers lying in a deep hole a disheveled boy of his age chained to the ground with a leg iron and covered by a blanket. The youngster, Filippo (Di Pierro), could hardly talk and when he does, he thinks he’s dead and that Michele is his Guardian Angel. When he complains of thirst and hunger, Michele promises to help him.

Returning home, Michele’s beleaguered mother Anna (Aitana Sanchez-Gijon) angrily scolds him for being gone for so long. He also finds his absentee, loutish father Pino (Dino Abbrescia) has come home and brought the children a present, but first he presses Michele into an arm wrestling match–teasingly saying if he loses no present. Though the parents have an authoritarian-like caring relationship with the children, there’s an uneasy tension and lack of communication in the house. Michele doesn’t mention to them about the boy in the hole, just as he previously hid from them that he loves to read fantasy tales and sit alone atop a tree.

Michele visits the boy several times over the course of the next few days, even lowering himself into the hole by rope and conversing with him up close. Soon the father has a bossy visitor from Brazil named Sergio (Abatantuono) staying with them in the house, someone Michele takes an instant dislike to. One night the suspicious Michele overhears Sergio, his father and several other local friends of his father’s talking anxiously about the boy in the hole. It seems that the entire village is in on the kidnapping. When a television report has the rich kid’s mother from Milan on and she pleads for her son’s safe return, Michele knows his father is involved in something wrong but is confused about what is going on and what to do.

Somehow the ensuing dramatics had a false ring to it, as Salvatores shamelessly manipulates the ethics learning lesson and makes it into a banal lecture of how the bland 10-year-old matures as he tries to figure out what to do about all the frightening adults he’s surrounded by. It never seemed like a genuine coming-of-age childhood experience, or one that really has something meaningful to say about his actions and non-actions. The film always looked gorgeous and the children gave convincing though limited one-note performances. The dramatics were flat, the pacing was off kilter to bring about much tension, the story slight and the lesson learned seemed empty. But the most annoying part was saved for last, as the payoff had the brave but not too bright Michele and the docile victimized youngster reaching out to touch hands after the ordeal. That pretentious scene done in slo-mo, no less, was supposed to remind the viewer of the famous Michelangelo Sistine Chapel drawing of God touching Adam.

Salvatores’s childhood drama about an innocent child being raised by evil parents with about much love as they are capable of giving, is a middle-brow work posing as an art film. 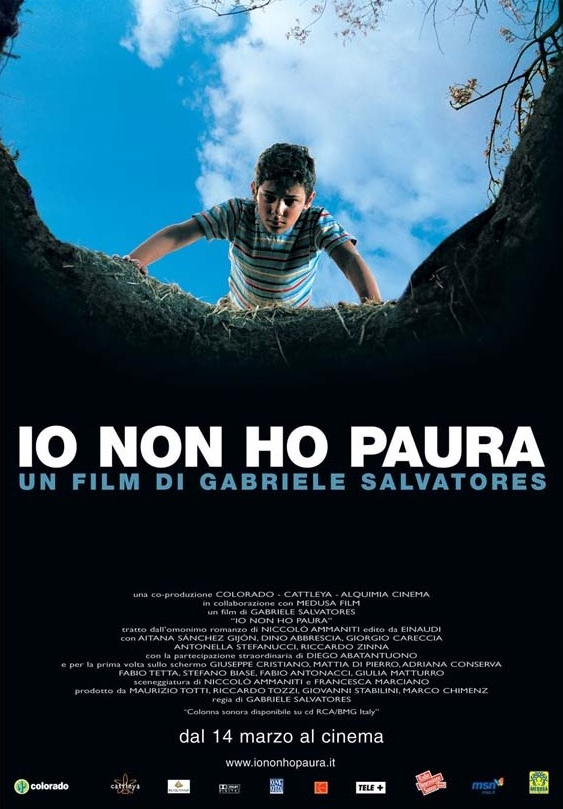