The Immortal Story is a visually rich and somewhat engrossing fairytale-like story shot for French TV, but is not one of Orson Welles’ major works. Though lyrically perceptive at times and always oddly fascinating, it nevertheless lacks scope, the solid acting is still too much affected to be moving and the stagy scenes seem too stodgy.

It’s based on the short story by Isak Dinesen (she authored the autobiographical “Out of Africa”). It was the first color film that Orson Welles (“Chimes at Midnight”/”The Trial”) directed and the fourth and last time he worked with French actress Jeanne Moreau. It’s set in 19th-century Macao, a Portuguese island in China holding a large international community, where Welles plays an elderly, reclusive, embittered, world-weary, unromantic, extremely wealthy merchant, bachelor named Charles Clay, who has kept it a secret that he’s dying. After listening to his Jewish secretary, Elishama Levinsky (Norman Eshley), a Polish emigrant who escaped the pogrom, read the business accounts to him before he goes to sleep, he recalls a true story he heard a long time ago about a rich man who paid a poor sailor 5 guineas to sleep with his beautiful young wife to have a son. Believing that’s only a popular old sailor’s legend, a story dreamed up by a sailor because he’s lonely and wants to impress his mates, the bored Clay wants to reenact that same tale with him watching in amusement. He orders Levinsky to find an attractive courtesan to pretend to be his wife. She turns out to be Virginie Ducrot (Jeanne Moreau), who is paid 300 guineas to sleep one night with the sailor. It turns out that Virginie lived in that same mansion as a child but her life drastically changed after her father’s suicide due to his business partner cheating him. That business partner was Clay. The weary dying man picks out the sailor himself, a handsome Danish blond loner named Paul (Norman Eshley).

The final act takes place in the opulent bedroom in Clay’s mansion, where the couple finds they are drawn to each other and spend a tender night of lovemaking. In the morning the sailor goes back to his ship as arranged. When Levinsky goes to wake his boss, he finds him dead on the verandah. Levinsky thinks no one will believe the sailor, and the sailor says he will not tell anyone this story because it meant so much to him.

The film never moves beyond its literary conceits and never excites as anything shattering. Instead it sets a strange tone through its lush colorings of burnt orange shades that mix with melancholy low-key bleached-out hues. There’s also an odd mixing of romantic Erik Satie piano pieces with awkwardly florid Victorian-like verses about love, causing a fragmented feeling over the whole project. Somehow the concept never came to full fruition but settled for being a tempting tale that was beautiful to look at with not much to ponder. 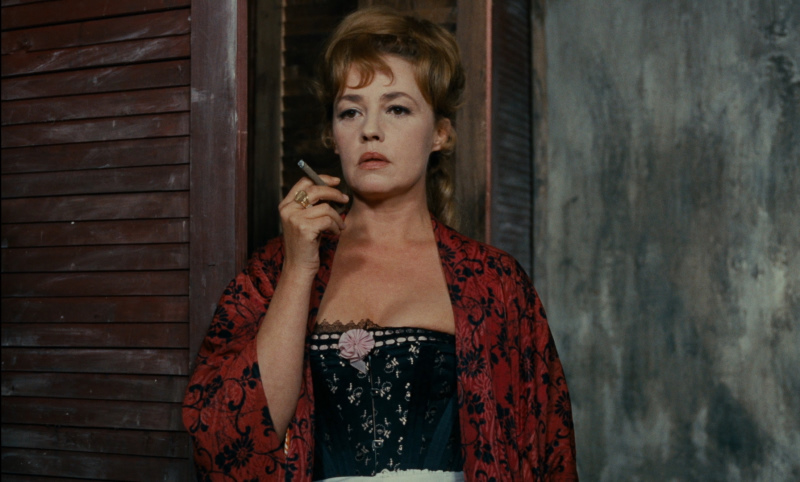